Mixing up the genres

Having started out as a two-member DJ outfit, Gypsy Hill has grown into a musical and visual delight, consisting of a seven-part band. 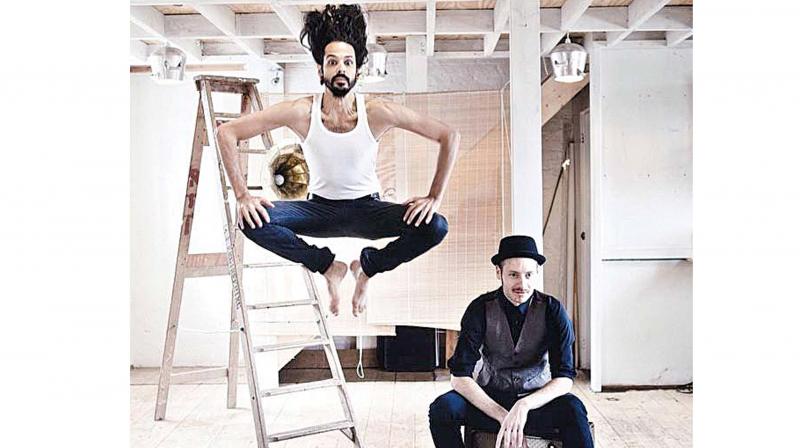 Gypsy Hill hails from the Balkans. Having started out as a two-piece electronic outfit, with producers DJ Kobayashi and Herbert Newbert at the centre of it all, the band now has seven members and an accoustic set to back the electronic sound. With the producer duo still at the centre of it all, the band has been travelling across the globe with their larger-than-life concerts. As they prepare to take on the Sula Festival in Pune this weekend, the duo talks to us about their music, how they grew over the years and what it is about live gigs that really draws them.

How did you decide on the name Gypsy Hill?
It was the name of a station near our first studio in London, where it all began, so to speak. We liked the name and it fit with the vibe of the music so we went with it!

How did you merge such a variety of genres in your music?
It just feels natural to us to put our collective influences into the mix. It’s not something we think too much about. Sometimes it works, sometimes it doesn’t, but we go with what feels right.

You started out with just two people and then grew to be a seven piece band. How did that come to pass? What made you decide to expand to a larger, more acoustic set-up?
We’ve always worked with a variety of musicians in the studio, and as the shows got bigger, we added more elements and musicians into the mix. There’s nothing quite like the blast of horns and the impact you get from real drums, bass and guitars. So we’ve added these in, alongside the electronics. It’s not totally acoustic though, as we still retain the sounds, synths and FX that you hear on the records.

Do you think that adding live elements to electronic music creates a more well-rounded sound? How did you choose which instruments you would add as live elements?
It certainly works for us! We just can’t leave the synths and samplers alone. The brass is a major element of our sound, so we had to have those in the live show. Guitars too, because we all love guitars, right? The bass guitarist also plays some of the synth patches, for when we need to get closer to the sound on the record.

How would you define world music?
We don’t spend a lot of time thinking about those kind of definitions, really, For us it’s about music we like and music we like less. We’re always on the lookout for music we haven’t heard before, no matter where it’s from.

What’s it like to play for an Indian audience? Do you prefer the thrill of large audiences or the intimacy of small ones?
We’re looking forward to finding out! This is our first show in India so we’re new to the Indian audience. As for the size, I think all musicians aspire to play the big stages really, but we’ve had some amazing shows to small crowds as well. Main thing for us is to get the crowd up and dancing!