The Dooba Dooba singer was recently in the capital and, luckily, we got a chance to speak to him on today’s music and remix culture. 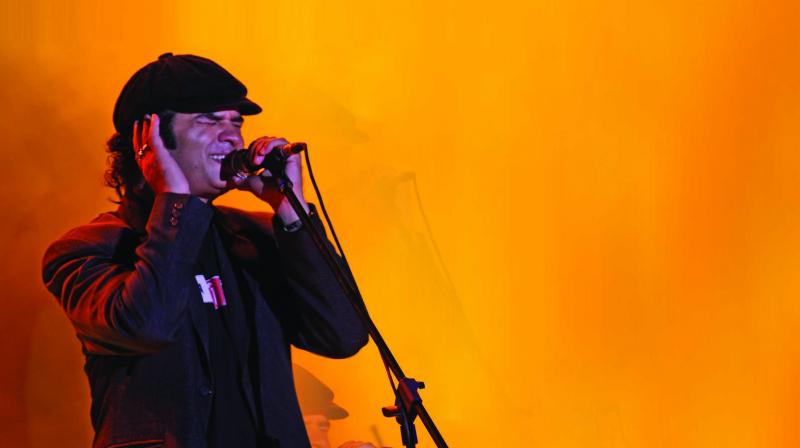 He was there not just to sing, but also to promote the importance of culture and heritage, especially when they are being met with obscurity.

It was all Matargashti at the venue and Dilliwalas went completely Dooba Dooba in emotion as singer and composer Mohit Chauhan belted out hit after hit during a recent performance in Delhi. He was there not just to sing, but also to promote the importance of culture and heritage, especially when they are being met with obscurity.

“India is very rich in its heritage and culture. And when we talk about Delhi, it has got so much of history. There is whole different feeling when you are in the capital city and find the amalgamation of different types of people. It feels great,” shares Mohit.

And music has a major role to play in the preservation of culture, as the singer emphasised during his recent performance at Mayur Utsav 2019. He continues, “I think we have deviated to a certain extent in terms of popular music. Personally I think one should not lose their roots. When we make an album we always have influences of where we grew up, folk music, people we grew up listening to. For that, I think it is important to connect to your roots.”

On being asked what is more important, keeping music authentic or keeping music entertaining, Mohit replies, “I think I will go for original music as it has quality to it, and lyrics to which people feel connected. It never fails to move anyone; I think authentic original music has a soul to it. We grew up listening to so many artists in India and abroad, and they are authentic as well as entertaining, so I think entertainment and authenticity go hand in hand.”

Mohit feels that the digital space has given great freedom to musicians in India. Platforms like Coke Studio, MTV Unplugged and YouTube have helped musicians to explore and experiment with
their sound.

“I started with original music when I was a part of a band called Silk Route. We had our own music; I composed many songs and all the songs worked really well. Having that freedom as a musician, it feels great and empowering,” shares Mohit.

On the issue of Hindi music's remix culture, the  Matargashti singer is of the opinion that there needs to be more regional music. He continues, “The more remixes are produced, the more people will not want to listen to them. People might listen to them but musically they don’t feel for them.”

The singer opines that a lot of music that one hears on the radio or the television only exist to promote a film. He continues, “It is because of that that a lot of original music gets left behind.” He expresses his concerns, yet, he remains optimistic that ‘good music’ will never die, further adding, “Good songs will still touch millions of hearts and they will never go out of style.”