More than the blues 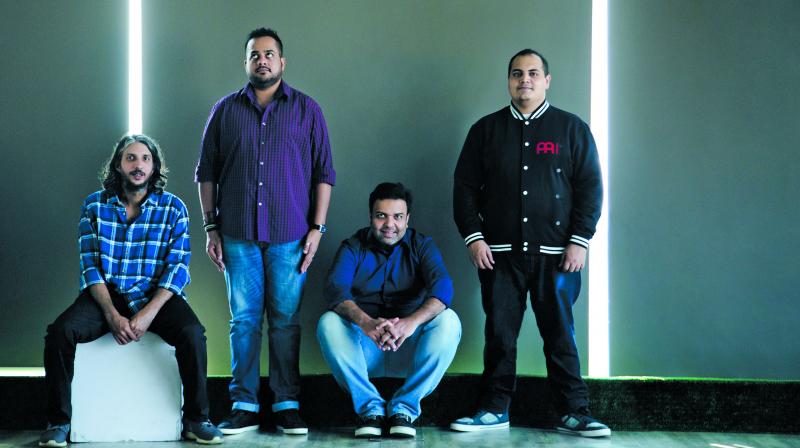 It’s only fitting that Blackstratblues’s new album released in August, just when the rain is lashing against the windows, and a piping cup of hot chocolate or coffee makes for the best companion. For that’s the way Warren Mendonsa’s familiar, comforting guitar tone is best enjoyed — in an idyllic situation, when you can simply sit and appreciate the music.

Blackstratblues is the solo project of 37-year-old Warren, and the new album, The Last Analog Generation, the fourth one he’s released. And he believes neither of the albums sounds anything like the previous ones. “Every album is a departure from the preceding project.”

Warren clarifies that despite the name Blackstratblues, he doesn’t necessarily make only blues music. “There’s a lot of blues involved in what we do, but we’re never a blues band,” he smiles. “The name kind of sticks and a lot of people think we’re a blues band. I do love the blues more than any other form of music that I listen to. All the music that I listen to is associated with the blues, whether it’s three times removed or in immediate contact with the genre. I think it’s more than a genre, it’s a feeling, I guess.”

For the musician, it’s always all about making that first thought stick that powers him through the process of making an album. “It needs to be strong enough to inspire what comes next,” Warren muses. And by the time this album was being worked upon, the band — with Warren on the guitars, Adi Mistry on the bass, Beven Fonseca on keyboards and Jai Row Kavi on the drums — already gelled well as a unit, for that initial idea to work best. “We know how each of us operates. Jai and Adi play off each other really well. The drums and bass is the cake, better than me doing the icing. It’s like you don’t have to think too much about what the other person is doing. You can inherently feel it. It’s like once you’ve been with someone in a relationship for a while; you don’t have to explain things to them,” he laughs.

Even as the album released on August 25, it took it barely a day to top the India charts on iTunes. Quiz Warren about the response, and he says he’s pleasantly surprised. “I’m really happy that people are digging it,” he says. “I never really saw us as a ‘popular band’.”

But Blackstratblues’ music has cut across the age barrier, with it appealing to the young and old alike — something you can see with the crowd that attends their shows. “The thing about our audience is that once they’re in, they’re in for the long haul. There are a lot of people who treat music as a disposable commodity. You’re in with something now, and then six months later, you’ve forgotten all about it and reach out for something else,” he elaborates. “But I don’t think people who listen to us are in that demographic. They seem to like what we do, and most important thing is that they seem to get it. Whatever we’re trying to put in our music, they get something out of it.”