A bandwagon of sounds

Murthovic aka Sri Rama Murthy is all set to perform at the Echoes of Earth festival that will happen on December 1 and 2. 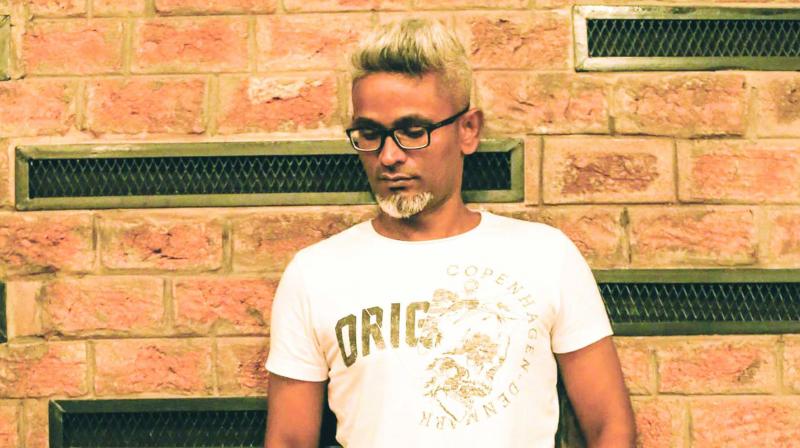 If, at some date in the future, someone were to study the evolution of music in Hyderabad, and look for its chief influencers, one name would come up again and again, Murthovic (Sri Rama Murthy). Author, fuser, educator, creator – Murthovic has over a decade’s experience in the industry. His abiding passion has seen him evolve his own celebrated brand of music, a variant of tech-house, progressive and techno with influences found in the rhythmic beats of soul, funk, disco and crossover sounds.

“I am having a great run so far. Doing what I love the most, creating music. I started showing interest in music at a very early age since my parents were into movies and music,” is what he says when asked about his interest in music.

Upon being asked what his target audience is, he replies saying, “One could say the club audience predominantly but in recent years, I have been doing a variety of different roles in music which makes my music appealing for more than just club/festival audience.”

“Head bob, dance, smiles are the usual things that confirm the audience’s engagement in the music for me,” he quotes. The message he wants to give to his listeners through his music is to celebrate life and have fun. “I consider myself very lucky to have worked with so many different art forms and artists. It inspires me to see how other artistes approach their art. Be it their dedication, devotion or the practices they employ,” admits Murthovic. “My parents’ record collection and movies were my first inspiration into music and I love contemporary and classical music. It’s divine. Sonic fidelity of dance music is a cerebral and out of body experience and I think that is something people celebrate in clubs and festivals alike,” he goes on.

A tip for the youth of today from his side is, “‘Follow your passion and spend some time as an apprentice if you want to pursue art/craft” Talking about his favourite genres he says, “My favourite genres are contemporary, classical and electronic music. Apart from my passion which is music, I love gardening. My favourite place where I have performed from across over the world is The Royal Opera House, Mumbai,” he reveals.

About playing music abroad and at home, he opines, “Both have interesting aspects. I enjoy the local support and familiarity with people when I play in any city in India, whereas in an international gig, I enjoy exploring new audiences and their culture.”

He is also the founder/partner of Frequency, a growing underground dance movement born in Hyderabad.

The ‘Echoes of Earth’, music festival is back for its third edition on the December 1st and 2nd. It celebrates music, art, and culture. Murthovic will be performing on December 1. The festival promises a stellar international line-up with sounds of jazz, electronic music, Indian rock, pop, underground techno, house, rock and Indian folk. The final line-up includes FKJ, Dusky, Stavroz, Tennyson, Iglooghost and many others. This year, the festival will pay homage to the magnificent marine and aquatic life.

“I am really excited to be part of India’s first ecologically crafted music festival (Echoes of Earth), which is committed to sustenance and preservation of earth. An ideology which is very close to me, as I was a student of environmental sciences. BeenI have been there earlier as an audience/ festival goer for their first edition and was completely blown away by the programming of music art and culture centric activities and this year promises to be even bigger on all those aspects. So I can’t wait to go soak in all the goodness,” he signs off.