DJ Guru Kohli turns into a singer, here is sneak peek to the life of this talented artist

Guru made his debut in Bollywood music with the song “As Toh Sahi” from Judwa 2 in collaboration with Meet Bros. 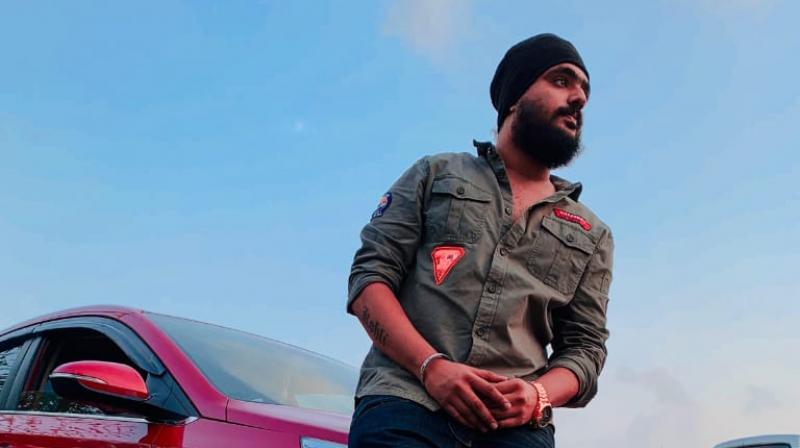 Guru started his beautiful DJ journey when he was only 16 years old! Yes, he was this young when he decided that he is made for the music world.
We’re glad to inform that soon he'll be coming up with his new track which has his voice.

He has told sources that he was at a college farewell party with one of his friends when he first saw what DJ-ing actually is, since then he started admiring being a DJ and soon started working as one and established his name, not forgetting to mention that since that time he loved music, he wanted to be a music producer and create his own mesmerizing music.

In 2017, Guru felt the urge to stand out from other DJs in the industry, he wanted to establish a brand for himself, and he was motivated, focussed and talented up to the brim. Now was the time when he started remixing songs to give them a revamp, people actually liked his work and he was called upon for concerts and shows. Till now he has become magnanimously popular among the audience.

He made his debut in Bollywood music with the song “As Toh Sahi” from Judwa 2 in collaboration with Meet Bros, he gave a small contribution to the song and do I need to mention that it was a super-duper hit!

So far Guru has done more than 300 shows, 70 music projects and has worked with some renowned personalities of the music world which consists of legendary singers, composers, artists, lyricists, and producers.

Guru has achieved so much at a young age and now he is planning to step in the field of singing, since the day one Guru was attracted towards singing, his father also wanted him to become a singer because it was his dream which he wasn’t able to fulfill but he felt that Guru really had a very captivating voice and he can make his dream come true.

His family has always supported him towards doing big things in life, his friends who always stand by his side believes that Guru is an inspired individual and an amazing Singer, he could give an awesome contribution to the singing industry.
We all are eagerly waiting for his upcoming track which would surely throb everyone’s heart. We wish all the luck to Guru for this new endeavor.