Shilpa Natarajan talks about her new EP Bubblewrap, the inspiration behind it and experimenting with genres. 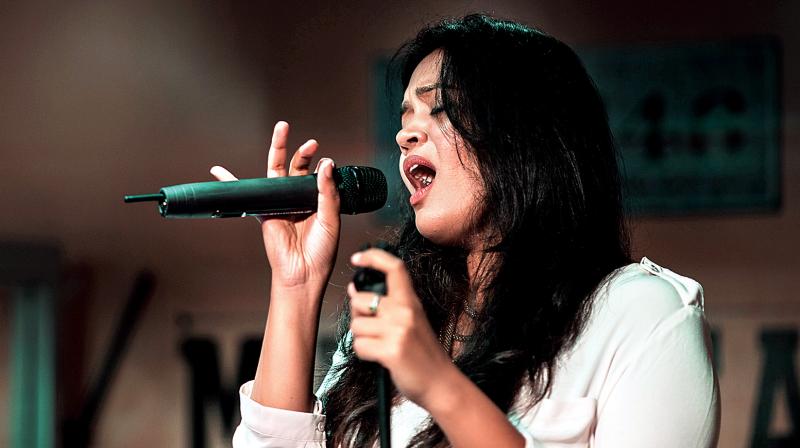 Chennai-based Shilpa Natarajan is known for her unique sense of music, be it with her acoustic three-piece band Under A Rest or the popular parody band Beef Sappad Trio. With the release of her latest EP, Bubblewrap, Shilpa has set a new precedent for independent music with a variety of sounds and emotions. The singer, songwriter, RJ and vocal instructor tells us about her new outing and how it all came about.

“I’ve always had a store of a lot of tunes but didn’t have lyrics to go with them. The release of my single Dirty Little Secret, motivated me to finally start working on these tunes. I also had a lot of content to work with because of several personal experiences over the last few years,” Shilpa laughs. She goes on to say, “It’s extremely expensive to produce, master, mix music, but my producer Naveen Samson Benjamin was gracious enough to do it free of cost, and I also crowd-funded the project on Indiegogo.”

Talking about the music on the EP and the inspirations behind them, she shares, “Five out of the seven songs talk about different relationships and were written keeping in mind the characters from Grey’s Anatomy (I’m obsessed with the show!). In fact, my dream in life is for my music to feature on the series!” She adds, “Feathersword is a song that was written by my brother about how war-torn and judgmental the world is today. Release Me is about my experience with sleep paralysis — I wrote this almost a year and a half ago.”

Bubblewrap features sounds that set each song different from the other. “Most of the songs on the EP are alternative and experimental. Although, the music is primarily indie pop, there are influences of swing and even Carnatic music in the vocals and the instruments. I never like being confined to a specific genre. I think people might love it, learn to love it or be shocked — it’s not something you hear all the time,” says Shilpa.

She concludes by telling us of her future plans, “My primary focus right now is this EP and I want to see where it goes. I even forwarded the music to Grey’s Anatomy’s music producer Alexandra Patsavas, but of course, I haven’t heard back from her.” The artist also has an upcoming single and a couple of films lined.”