Traversing this vast country, Soumik Datta meets up with legendary musicians for his new show Rhythms of India. 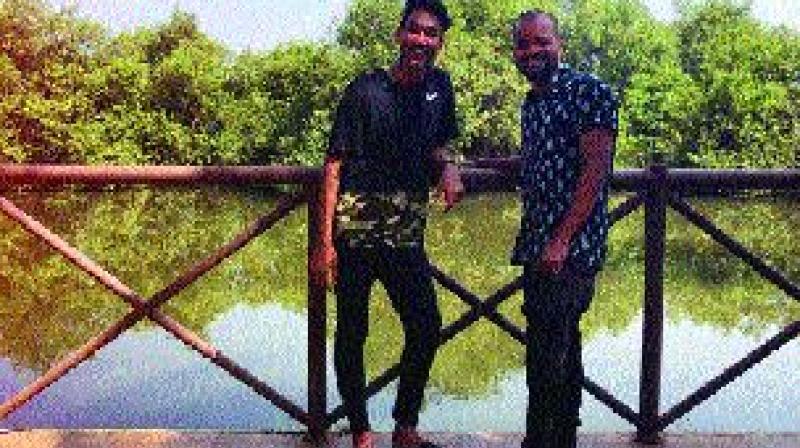 Soumik and Nucleya in Goa

When musicians hand the reins over to passion, they are bound to create extraordinary music! And as for London-based Soumik Datta, his passion for music took him across the country. His travels have been documented on BBC’s Rhythms Of India where he meets with musicians in the country. In a chat with him, we get the inside story.

Having  lived outside of India almost all his life, Soumik had always been curious to comprehend the Indian culture. He says, “Music is the only way that I can make sense of this diverse country and a lot of the music I make uses instruments and styles from India. So, I couldn’t say no to an opportunity that would allow me to travel deep into the heart of this land getting to know it even better.” Meeting an array of musicians has left Soumik with an amazing last impression. “India is brimming with music and musical energy. Regardless of the different classification that we are put under, the one thing that unites us is music. Indians are synched to a rhythm, a pulse that connects every citizen,’ he adds.

In the series, Soumik will perform with the likes of sitar maestro Shujaat Khan, tabla master Bickram Ghosh, Carnatic vocalist TM Krishna and many others. Soumik went from the streets of bustling Mumbai to the serene and calm landscape of Kerala where he met rural musicians as well. When asked what they had in common Soumik replies, “Rural musicians have their musical practise tied deeply to the culture of that region. Be it the Bauls of Bengal or the religious drummers in the temples of Kerala, this kind of music will always have an audience,” he shares adding that music connects musicians to his listeners and beyond.

Apart from being just a musician, Soumik believes in standing up for a social cause. And his new album Jangal is a testament to that. Talking about his album, Soumik says, “This album was born out of a long process of questioning: “What is my carbon footprint?” – something I’m still grappling with today. My music comes from questions that I ask about the world around me and the myriad contradictions within it.”

Having recently won the Arts Council England’s Elevate award, Soumik has a lot of plans. He says, “Over the last decade, I’ve tried to create new ways of presenting Indian music with collaborating artistes, writers, dancers, musicians. Now, with the support of this national award, I can do more – build a stronger art organisation, produce new work and much more.”

“Celebrate the reality around you. Don’t follow trends. And everything you potentially think is a weakness or a flaw is, in reality, your own unique voice,”he concludes.