Very rarely does an Indian composer from the Western classical genre get an opportunity to perform in Europe. 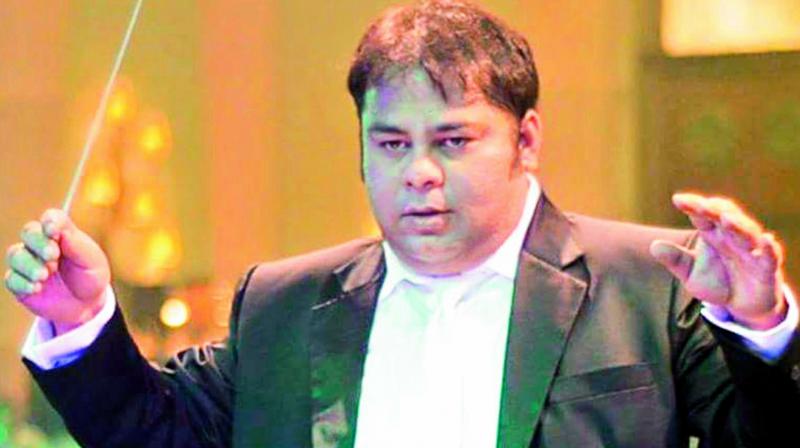 Violinist, composer and music conductor Michael Makhal became the first Indian to premiere his composition at an International Festival in Italy recently.

Hyderabad-based Western classical music composer, Michael Makhal’s composition, 1947 Summer of India had its world premiere at the 8th Luci Della Ribalta International Festival in Narni, Italy, making him the first Indian to get such an opportunity.

Very rarely does an Indian composer from the Western classical genre get an opportunity to perform in Europe. However, after sending his performance videos to the festival organisers, Michael was chosen to not only perform at the Festival but also to take master classes as a conductor with his mentor, Maestro Alessandro Viale, who is a well known pianist and conductor. “I recently started going there every year, taking more Indians with me and recommending them to the Director of the Associazione Mozart Italia sede di Terni,”  shares Michael.

The Kolkata born musician says that he always wanted to build his career in Hyderabad, where there would be no influence of his father, Ananta Makhal, who was also a famous violinist. “I wanted to call myself a self-made man,” he adds. Incidentally, Michael has played the violin in more than 100 Telugu movies in the last 15 years and worked extensively with music composers R.P. Patnaik, Chakri and M. M. Keeravani.

Michael credits his father for being his biggest inspiration. He started learning under his father at the age of 5, and subsequently learned everything about music from him.

When asked about the challenges he faced, Michael shares that the life of a Western classical musician is challenging all over the world. He feels that the audience for classical music, be it Western or Indian, is very limited. Other challenges include convincing clients for shows, promoting shows with tight budgets etc. But the talented musician accedes that the journey has always been good to him.

“I believe God allows us to go through difficult situations so we can learn to fall and get up again. Every time we fight back, we become better; eventually all the experiences help us to do trendsetting and exceptional things with flair and proficiency,” he shares. For Michael, music is the greatest gift of God. His message to budding musicians is to not run to mainstream professions only because everyone else is going for it. Michael believes that there are many highly talented musicians among engineers and managers, whose talent has been lost forever because they did not pursue their dreams.

“It is my long term goal to make Indian classical music playable by Western musicians and anyone who can perform by reading western staff notation, just like how we play Western classical music. I am extremely happy with how my pieces are working out in the Western world. Western musicians are playing them and the audience is enjoying listening to them, what more can I ask for?” he says.