Starting off as a podcaster, it was only later that Stalvart went on to become the DJ that he is. 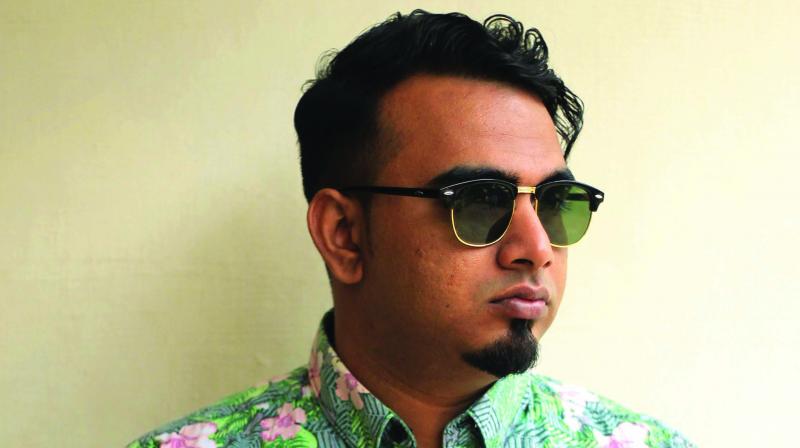 Not a lot of introduction is needed for Stalvart John, a Bengaluru-based DJ who has garnered quite a fan following for himself. He recently launched the first edition of the Dynamite Disco Club at a popular venue in Bengaluru. In a candid chat, he shares more on this launch....

Starting off as a podcaster, it was only later that Stalvart went on to become the DJ that he is. He adds, “I started in 2011 as a trance music podcaster doing a show called Transmitter. I did about 53 episodes of this show and played in some of the biggest and smallest radios.”

It was only after six months, when his mentor invited him to play at the club, did Stalvart become a DJ. Stalvart’s music began to evolve as he started listening to more club-based music.

Talking about how Dynamite Disco Club made it on to Boxout FM, he adds, “A year ago, the Boxout guys contacted me asking if I would like to do a show for them and that’s when Dynamite Disco Club came into being and I have done over 15 episodes of it till now.” Explaining his recent launch he adds, “I wanted to do something that was more than just a radio show. I wanted to build a brand that can go to different spectrums of music culture.”

Although the Dynamite Disco Club was ready a year back it was only recently that all other aspects of the launch in the club scene fell into place. Stalvart wanted people to afford it and he did not want it to be just any other party. He wanted to bring heart and culture to the party. He adds, “The launch party was kicked off by a set by Synths Back and also a Vimal Kandoth, a graphic designer who exhibited five of the artworks.”

Stalvart has huge plans for his Dynamite Disco Club. He plans to do six episodes in the city and one or two pop editions in other cities.  Talking about what music means to him Stalvart adds, “Music is one thing I turn to whenever I’m low. I don’t really remember listening to a lot of music during my childhood but I used to listen to the Boney M’s gold cassette on my uncle’s walkman.”

Born in ochin, Stalvart was a resident DJ there. “Back in the days, the club scene was quite good but later on it deteriorated. I will credit Cochin for my DJ-ing skills as they have a very niche crowd. Although Bengaluru has a variety of music lovers, disco and house is very less. There are just two other DJs who can play the stuff that I do,” adds Stalvart who counts DJ’s Master at Work, Doctor Parker, Moddy Man to as his idols.

At the moment, Stalvart will focus solely on Dynamite Disco Club. He had a music release last month that made it into the Top 100 in the ITunes. “I am also remixing a few tracks for DJ’s like Dualist Enquiry, Kaam Chor and a Canada-based artiste called Big Al,” he adds.

He feels that DJ-ing is an art and those who enter this field should try to understand how this industry works and try learning things from those around them.