Unapologetic and versatile, Delhi girl Sanjeeta Bhattacharya is currently on tour, and refuses to be labelled as a genre-specific musician. 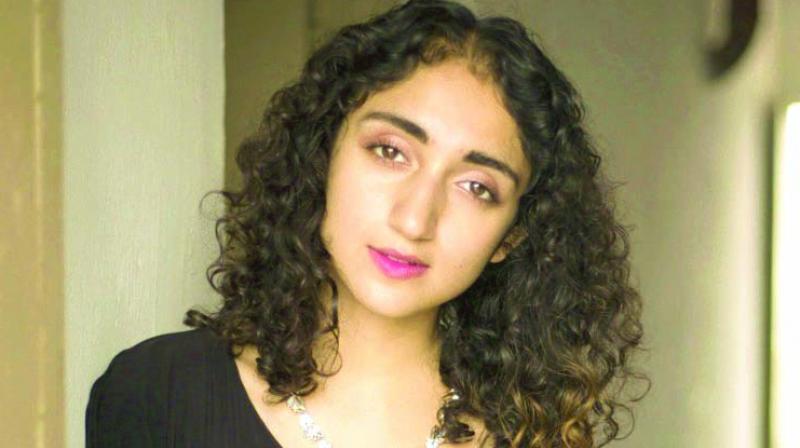 Sanjeeta Bhattacharya is often described as an independent Delhi-based jazz musician. Her EP Yatra was well-received by those who followed her musical endeavours on YouTube or had the soulful experience of watching her live in their city. Even Rolling Stone India acknowledged her presence in the music circuit and wrote about her first single I Will Wait – The solemn track interplays light guitar parts and string arrangements that compliment Bhattacharya’s vocals to the tee. Being explicitly open about the fact that she doesn’t play an instrument, Sanjeeta’s songwriting and voice has interpreted languages and styles from all over the world. For the 23-year old singer, who is the daughter of artist Sanjay Bhattacharya, deciding to pursue music was the result of her attending Berkelee summer school for two consecutive years. “I knew it was a long shot,” she sayss,revealing that she had a sore throat while auditioning for Berkelee’s prestigious music programme. However, from being a skeptical teenager passionate about her art to being an independent singer currently touring the country, she’s come a long way. “I started music with Indian classical, then explored RnB, Jazz, Latin, Flamenco and even Balkan Folk music. My major allowed me to take part in many ensembles, and I realised that the inflections of Flamenco were really similar to Hindustani classical,” she shares. Sanjeeta is said to have learnt Kathak as a child. When you listen to Sanjeeta’s music, it’s apparent that her voice isn’t meant for just similarly written songs. Her versatility is perhaps also why she doesn’t like being put into ‘the niche category of a Jazz singer’. “I feel like, and this is important, it requires years and years of training to be able to sing scat solos and be considered a jazz musician.”

Sanjeeta talks openly and unapologetically about her music and isn’t shy of recognising the reason why not all genres get the appreciation from the larger public.