The gift of Rap

We got the Kannada Rap artiste S.I.D to talk about his 10th successful single and the journey that he expresses through his songs. 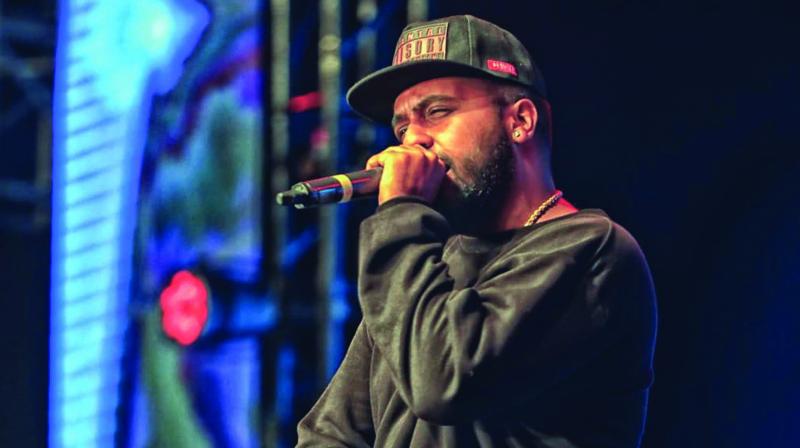 India has started seeing time as a major priority, and because of that people seem to be in a maximum hurry once they get into their vehicles.

“Music has always been a part of my life and rap has given me an identity of my own,” says renowned rapper S.I.D., who recently released his 10th single — Suklambaradaram. It has gained momentous appreciation and has over 95,000 views on YouTube. Speaking about the song, Siddharth aka S.I.D says, “The first half of the song was penned four years ago, but I did not have the adequate equipment and knowledge on the visual front. I eventually gained both and launched the single. This song is particularly close to my heart as it speaks about my journey and how I fought the demons to stand tall.”

Suklambaradaram is a video entirely made with visual effects with computer-generated graphics. The single managed to give hope to several aspiring musicians, who are on a soul-searching journey. The theme is the life of an artiste with negative characters that surround them. S.I.D.’s ultimate motto is ‘trust yourself and God will be there for you,’ and Suklambaradaram encapsulates that very well.

S.I.D lost himself to music while in high school. He eventually discovered various genres of music and settled on rap. Unlike other artistes, S.I.D has never planned his creative journey; rap is just his way of expressing his views on various scenarios that he’s put in. He says, “Most of my songs are based on my life. It’s more like a personal journal that I share with the world. For me agony, anxiety, joy, excitement and other feelings are best expressed through music.” His advice to upcoming musicians is, “Research, set an idol and know their struggle. Do not fall for quick fame because the struggle is hard and long so keep at it.”

With promoting the regional language Kannada and the spreading the idea of rapping for a cause, being his main aims, this rapper has made the theme song
for Bengaluru Bulls (Bengaluru’s Kabaddi team), several songs supporting RCB (Royal Challengers Bangalore in the IPL) and many others. Speaking about what he wants to achieve through Rap, he says, “Hip-hop is more of a culture and has its own set
of principles to follow. I began rapping with an intention of spreading some knowledge about the art. Initially, when I began rapping in Kannada, I was demotivated by a lot
of people but now this has changed. So, I will continue my way of activism through rap.”