A Mumbai-based musician’s travel project seeks to explore and revive folk music by repackaging it in new and relatable formats. 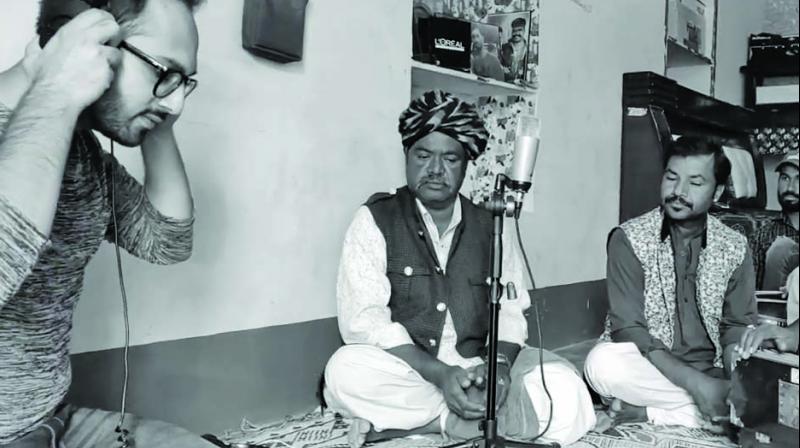 A hand-held camera captures Rajasthan in all its glory – from its yolk-yellow sunsets, brown desserts and green oasis to the colourful attire and ornaments worn by its people. The melange of shots are stitched together by a song we’re all familiar with – the traditional folk tune, Nimbooda. However, this version is markedly different from the one Aishwarya Rai Bachchan danced to in Hum Dil De Chuke Sanam. And this is the essence and purpose of Folk Station, a video project that seeks to explore and revive folk music by repackaging it in new and relatable formats.

Folk Station is the brainchild of singer-songwriter and composer, Tushar Maithani, who decided to fuse two of his passions – travelling and music – to create this recently launched project.  The videos capture Tushar’s journeys through various districts, states and countries, and in each of them, he traces their famous folk song and gets local musicians belonging to different age groups to perform it.  The video also features English translations of the songs as Tushar notes down the meaning of the song while interacting with the musicians.

“The purpose is to see how folk songs connect different generations. And this happens because folk songs are passed down from grandfather to father to son,” says Tushar, who does all the shooting by himself using a mobile phone and selfie stick. The raw audio of the performance is then taken back to the studio in Mumbai, where the singer, composer and film scorer, Raghav Sachar, works on it by keeping the vocals intact but providing an experimental musical score. 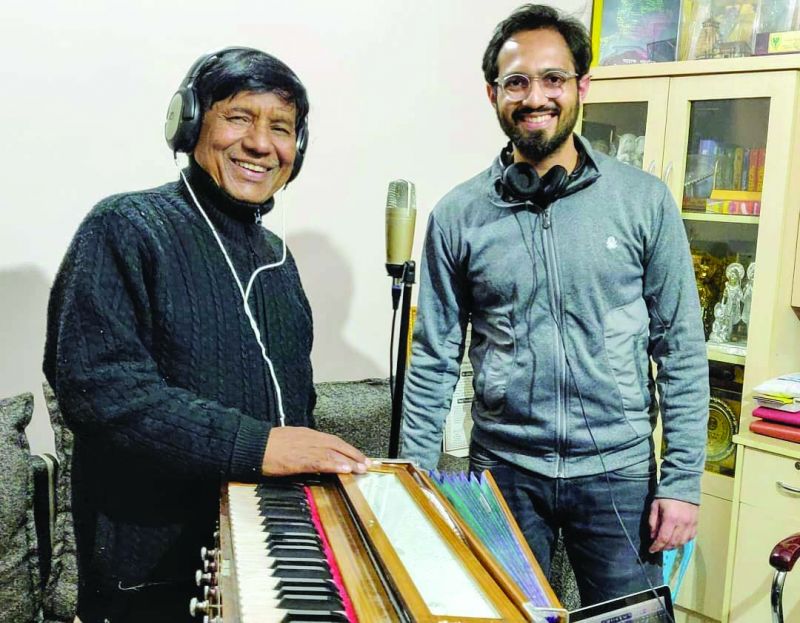 A behind-the-scenes photograph of Tushar and a musician.

Talking about the work done on their first song, Nimbooda, Raghav says, “I’ve put my own spin to the song. I don’t have in-depth knowledge of Indian folk music and this works to my advantage because I have a very fresh and a new take on it. It becomes very interesting for me to have a very raw file that captures the crux of the region and turn it into something beautiful and youth-friendly.” Raghav further explains that the vocals and lyrics aren’t changed in any way, as the composer only chooses to experiment with the instrumentation and pace of the song.

While this might ruffle the feathers of purists, Raghav believes that when it comes to folk songs, re-packaging the old in new formats is a great way of keeping the genre alive. His uses the song Lamborghini as an example; “Lamborghini is Chitta Kukkad, an old Punjabi folk number, redone. The lyrics have been changed, but the melody is the same. Now, if you present Chitta Kukkad to youngsters, they’ll disregard it. But, they loved the song, Lamborghini. So it’s a smart way of presenting folk tunes to a generation that hasn’t heard them,” he explains, and adds, “purists might have a problem with this, but I think the whole idea of music is to break boundaries and create something new.”

Tushar, who has already shot videos in Rajasthan, Mumbai, Uttarakhand, Malaysia and Goa, hopes that the project will also make people realise that folk music is found everywhere in the world and not just in India. “Right now, when we think of folk music, we think that it exists only in India. We’re oblivious to what’s happening in the rest of the world. Even in India, Punjabi and Rajasthani folk songs are the most well known. We don’t realise that there are folk songs in other languages such as Tamil, Assamese, Bengali, etc. So, we wanted people to learn more about folk songs and we ourselves wanted to discover folk music better,” says Tushar.

Tushar also says that the making of these videos has provided some eye-opening moments. “Whether it was realising how in-grained the caste system is in rural India, or experiencing the warmth and hospitality of complete strangers, or meeting talented musicians like Narendra Singh Negi, and those from Swaroop Khan’s family, these trips have been inspiring and fascinating.”