“It was with poetry that I connected with words. From poetry to lyrics and from lyrics to music, that’s how my interest grew.” 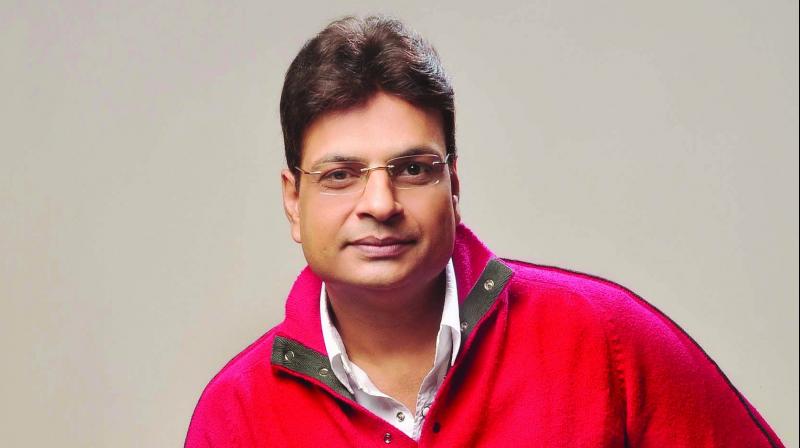 At a time when the songs have more music and fewer words, poet and master lyricist Irshad Kamil has his hands full weaving the second season of the first ever poetry band — The INK band. Kamil who has given great songs like Tum Ho Paas Mere and Kun Faya Kun from Rockstar, Maahi Ve from Highway and many more has taken upon himself to bring back the culture of beautiful words and good compositions.

“The idea of having a poetry band was to interpret poetry through music,” says Kamil, adding, “A song is unable to interpret the lyrics because 99.9 percent of the songs are written according to the situation and composition — known as composed poetry. But, our band interprets poetry in its pure form through music.”

Today, where there is an exponential use of apps Kamil feels that language is altogether entering a different zone. “Millennials are constantly using abbreviations for almost everything and are unable to express their feelings in words. This often leads to them resorting to the age-old tradition of giving a card and a bouquet of flowers to the ones they love. And this is the reason behind the band — I wanted to put words to the emotions of the youth — thus, breaking this wall of silence,” shares  Kamil, a student of literature with a Ph.D. in contemporary Hindi poetry believes that it was poetry that got him interested into music.

Also, he feels that the younger generation is very choosy because they have the international market open to them. “They are bombarded with information and a lot of content which leads them to constantly look for something new.”

The band is a seasonal project with two seasons each year, with one rolled up, the other will begin in November. Each season with have six to eight poetry videos. The band performs verses recited by Kamil interspersed with singing, and music, making for unusual but easy listening. And the band members are specially handpicked by the maestro himself. “Excitement is essential for the initiation of any project. I discussed the idea with Agnel Roman (guitarist), later with Prajakta Shukre (playback singer) and Ragini Shankar (Indian classical violinist).  The fact we all shared the same excitement  and understood the vision made the band a success.”

Talking about his style of work that sets him apart from the rest of the Bollywood, the 47-year-old shares, “As a student of literature, I’m able to comprehend and later interpret any situation to be it from life or a script, in a different light. Secondly, for me poetry is not just a compilation of words, rather they are thoughts. So, I work around that particular thought and express the feelings. But what I don’t do, is not write lyrics.”

Often, people connect poetry to sadness but Kamil, author of Ek Mahina Nazmon Ka believes that poetry is not limited to a particular emotion. “But I strongly feel that it becomes a forte for people who are more sensitive. And have a different way of looking at a life along with the art of expressing themselves through words.” According to him, the kind of poetry depends on how varied one’s life experience is. “More the variation, more layers you will find in one’s poetry along with it being expressive and relatable.”

But what is it that really gets him in the mood to write and give us songs like Nadaan Parinde, Manwa Laage, and Agar Tum Saath Ho? “I live two different worlds — the realistic one where my body exists and the other is the one I have created inside me. And for most of the time, I choose to spend my time in the latter. So, there are numerous times that I slip away to the inner world while having a conversation,” he laughs.