Gwalior gayaki and the Pandit family

The Maharaja, Jayaji Rao Shinde himself learnt music and his Court also had the finest thumri singers of the time. 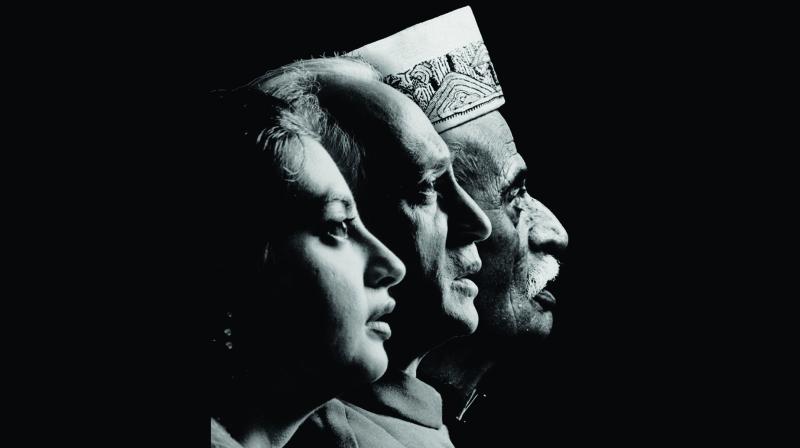 Recently, when Sangeet Martand Pt Jasraj alighted at Gwalior Airport, he said he wanted to touch the earth in homage. Gwalior has, and still has such a special status in the world of music, specially for vocalists. Such was Gwalior’s reputation as a city of erudite listeners, till the 1950s, that many popular musicians were scared of performing in Gwalior wondering if they could satisfy the discerning audience.

Gwalior is linked with Mian Tansen, (his grave is even today a place of worship) the best known custodian of an ancient musical tradition that he maintained and embellished to a degree that even today most gharanas trace their musical lineage from him, or his Senia gharana. There is a small tree near his tomb in Gwalior, the leaves of which are eaten assiduously by students of vocal music even today in the hope that some degree of sweetness will be transferred to their vocal cords! (The original tree remained apparently till the early 1950s when it was totally uprooted, and even the roots eaten! Then a new tree was planted). Such is the magic of Gwalior.

Meeta Pandit, 6th generation vocalist of the Pandit family who lived in Gwalior said that in Gwalior, it was said that when a baby cried, it was in “sur”!! The importance given to musicians was great, and they were held in high esteem in society; the house of Ustad Haddu and Ustad Hassu Khan in Gwalior was so imposing, that the gates were high enough to enable an elephant to enter. “The Court musicians lived as guests of the Maharaja, and were given the space and time to pursue their music and refine it”, added her father Pt Lakshman Krishna Rao Pandit.

This tradition can be traced back to Raja Man Singh Tomar of Gwalior (d 1516), a great patron of music, who is said to have had 9 Nayaks (acknowledged masters of music) in his Court. These included Nayak Baiju (now celebrated as Baiju Bawra) and of course Tansen, before he moved to Akbar’s court. Lashkar, the original capital of Gwalior State was the cultural capital of India at the time.

Music was such an integral part of people’s lives, that Ragas and compositions were even pawned openly and acknowledged as being pawned!! One would have to pay the holder of the Raga in cash before one could sing it!

But the most invaluable contribution of the Gwalior Court was the introduction and spreading of khayal gayaki. Earlier, only dhrupad was heard. Ustad Hassu Khan who died earlier, and his younger brother Ustad Haddu Khan (d 1884) popularised khayal gayaki; they had several disciples who took this gayaki all over India.

Pt Lakshman Krishna Rao Pandit recalls hearing that Ustad Nissar Hussain Khan was over 6 ft tall, and a very imposing figure, as well as being an amazing musician. He recalls hearing how he once sang God Save the Queen to the Viceroy, who was so pleased with his quick wittedness that he asked him what he wanted from him. The Ustad immediately replied I love to travel, and I would like a travel pass for the railways by which I can go wherever I want whenever I want! This was immediately granted and apparently the Ustad used to go all over India, singing where he felt like, not only in formal concerts. Pt Krishna Rao Shankar too travelled with his Ustad several times.

Pt Lakshman Krishna Rao Shankar claims that the festival in memory of Tansen is the oldest music festival of the world, held every year in Gwalior from the 17th century onwards. So this predates the Harivallabh Festival in Jallandhar as well as the Tyagaraja Festival in Thiruvaiyaru. The Pandit continued recounting the musical history of Gwalior; he feels no other city in the world could have been as open to music as Gwalior, because even till as late at the late 1930s and 1940s, the musical ambience in Gwalior amongst even common people was amazing — there used to be two to three all-night music sessions every week! Every time a child was born even in an ordinary household, on the 5th and 6th day after the birth, there would be a session of music. Pt L.K. Pandit remembers hearing that at his father’s birth, Ustad Nanhe Khan, grandfather of Ustad Amjad Ali Khan performed on his 5th day. Pt Lakshman Pandit recalled hearing even the great Ustad founders of Patiala gharana, who were affectionately known as Alia Fatu, came to be guided musically from Pt Shankar Pandit, father of Pt Krishna Rao Shankar. They came to Gwalior and met Pt Shankar Pandit at the Vithal Temple. Much later, Ustad Baakar Hussain of Patiala, who lived in Malerkotla, too maintained his links with the Guru gharana, and used to acknowledge the musical debt to Pt L.K. Pandit.

Continuing his reminiscences, the master said, "minimum once a month, the Gwalior court musicians used to perform at the old Gorkhi temple, where even common people could come and hear the concerts. The Maharaja's Darbar also held regular concerts when state visitors came. during the birth tithi of the bygone ruler, there used to be a 40 day music festival held at the "chatris' (centopaths) every year."

Sadly, today Gwalior is no longer considered a center of music — the annual Tansen festival held in December each year no longer attracts the best talent or the best audiences, and private mehfils are no longer held.