Melina’s new album is all set to release at the end of 2019. She talks about her album, performance and more. 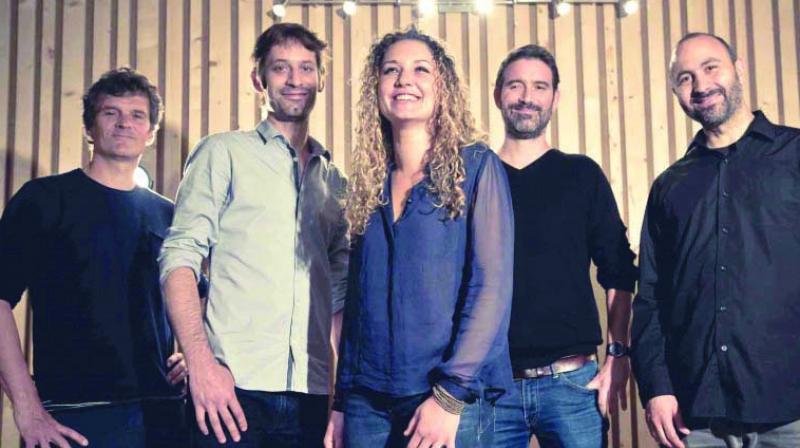 Kick starting her musical journey at the age of seven, French girl Melina Tobiana is all geared and ready to launch a new album by the end of 2019. Melina is also the front liner for Melina Tobiana Qunitet. The pretty lass is all set to perform in several cities during her tour in India.

“I started singing ever since I was a little girl. When my parents saw that I was singing all the time, they decided to pay for piano lessons. But I entered conservatory only when I was 10 years old," she starts off adding that she was a bit lazy with piano and so her mother had to push her to work a little harder. On the first memory she has of singing she shares, “I don’t precisely have an exact memory. All I know is that I loved to sing.” Being born to artistic parents, its no doubt that Melina too entered the arts line. Was is always the plan for her to become a singer? “Not really! After I finished school at the age of 18, I decided to travel. When I came back, I was a lost about what I wanted to do with the life and so I focused only on the one thing that I liked the most – singing,” she quips adding that since her parents were artists themselves, she was inspired by the way they worked and practised.

She shares, "Every time I listen to a good singer, they become a model for me. I listen to a lot of jazz, pop, soul and rock because I dig different kind of music.” Melina is also the lead singer and front liner for Melina Tobiana Quintet which include Emmanuel Duprey (Piano), Martin Guimbellot (Contrabass), Rémy Voide (Drums) and Stephan Moutot (Saxophone).

She shares, “I met Martin during a gig and we established a great communication instantly. It was a beautiful experience to work with him on an album. We focus mostly on jazz as that’s the tradition we come from. But at the same time, we wanted to compose in different styles based on our influences." Melina's album Bloom is all set to release at the end of 2019. “I have put a lot of energy into it. Since we are three singers working on the album, it was a very different experience and I really enjoy sharing the stage with them. But the album is under a lot of planning,” she adds when asked about her new album.

Melina shares that inspiration for her music comes from musicians, singers, conversations, travels, friends and even life. “I’m looking forward to perform in every city as I have never travelled to India before,” she adds. Melina will be heading to Pune, Mumbai and Delhi to perform there. For now she says she will be focusing on Bloom's release. “But after this, I would like to do a second album on my own. Maybe less jazz and more pop ,I don't really know yet ,we will see," she concludes.