Move to the groove 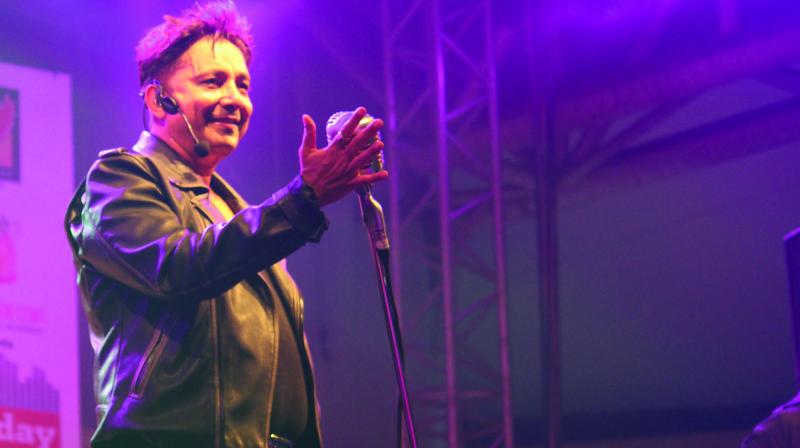 It is scientifically proven that music changes the way you think. Good music and uplifting songs can give you a natural high and positive energy, whilst sad songs can dampen your mood. For Bollywood playback singer Sukhwinder Singh, dance numbers are an all-time favourite. . Whenever I get an opportunity to sing a dance song, it makes me happy,” he shares.

In the capital for a performance, Sukhwinder Singh said that he was excited about coming up with a series of non-filmy songs after a long time. “I released my album of trance numbers, Nasha hee Nasha, approximately 12 years back. I have been busy singing for films. But many people kept telling me to release a private album. Now I have made it and it will release before Baisakhi in April. I am very excited about it and looking forward to seeing how it is received.”

“As a singer, private albums and playback are much the same. The only difference is that for films we get a narration of situations, and in a private album we have to create a story that is different and innovative. Musically, singing-wise and technically, it’s the same — both have stories to them,” he says.

His future endeavours include songs in Thugs of Hindostan starring Amitabh Bachchan and Aamir Khan, and Zero starring Shah Rukh Khan. He is especially excited about his song in the film Raid that is doing well. “The song Black Jama Hai has caught on and is proving a hit in pubs. I am thrilled about this,” he says.

Despite his many years in the profession, he still feels blessed that his passion is his profession. “I never miss my music practice and I feel happy doing riyaz. I feel blessed that my hobby is my profession. And on a personal note, I ensure that I never make anyone unhappy at all,” he signs off.