Entertainment   Music  24 Jan 2018  Dance and music is like painting in motion
Entertainment, Music

He also made the most of the opportunity by bringing together onstage Pt. Ajoy Chakraborty and Pt. Birju Maharaj. 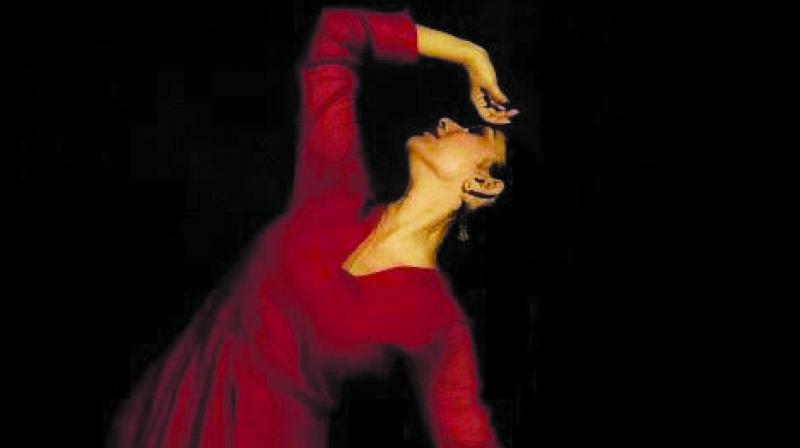 A short film on Girija Deviji was screened on day one and the grand finale was a film on the one and only Begum Akhtar.

Sound; the first expression! People who think about it, ruminate on it, completely digest and imbibe it — do such people exist? Yes, they do! Can say this with conviction after my tryst with divinity!

A seminar held at NCPA on January 20 and 21, 2018 gave lesser mortals (and higher ones) the opportunity to listen to and interact with the maestro Pt. Birju Maharaj; and is he poetry in motion! Maharaj ji not only shared his journey and his expression of the thumri art form but he opened up the mind of every artist by saying that “the manifestation of dance or music was like a painting which was constantly merging into infinity”. The artist, the accompanists, the listeners were all a part of this painting, this greatness which each and every person attending the seminar could feel and see when Maharaj ji presented ‘Jhulat Radhe’ — the physical sway of emotions conveyed and transferred his energy to the whole auditorium.

Shekhar Sen who was accompanying Maharaj ji on the harmonium and also filling up on singing as and when Maharaj ji was emoting, truly nudged him on and gave the apt support such that one could experience Maharaj ji’s divinity unimpeded.

He also made the most of the opportunity by bringing together onstage Pt. Ajoy Chakraborty and Pt. Birju Maharaj. The Rasa utpatti during their ‘Bali Umar’ was at a different level altogether!

Shruti Sadolikarji’s session giving a complete theoretical background of the subject matter, Nayan Ghoshji’s repertoire of laggi-ladis and his insight sharing on the maestros of the yesteryears as also Ajay Joglekarji’s humility in yielding to seniors, Shekhar Senji and Ajoy Chakrabortyji highlighting the Purab ang and Punjab Tappa respectively lead the listeners on to Malini Awasthiji’s command on the folk forms such as

Kajri, Dadra, Chaiti, etc. She held the audience in a magical musical grip with her voice and stage presence as she rattled off one song after the next leaving people asking for more even in a post lunch session!

A short film on Girija Deviji was screened on day one and the grand finale was a film on the one and only Begum Akhtar. The support of all organizers, technicians and accompanists is inevitable and highly appreciated even though all names cannot be mentioned here. However, as is the truth, none of this would have been possible without the foresight and the driving force of Guruji Pt. Arvind Parikh who was recently awarded the prestigious fellowship of the Sangeet Natak Academy.

The writer is MA in music (sitar), a yoga therapist and a chartered accountant