Going back to classics

A concert that brought back the memories of Mozart and Bach. 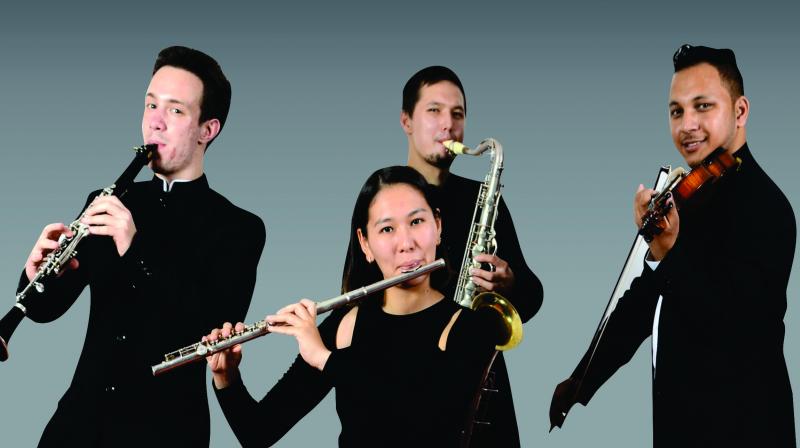 EDM do kill the originality of the music because it is so easy to add fusion. They are just made through the computer software.

The western classical compositions of Mozart, Mozart, Bach, Morricone, Bizet, Vivaldi, Chopin, Beethoven may have  been lost in the era of EDMs and modern hiphop, but the intensity and the emotions they possess are true and honest not only for the performer but also for the audience too.

Imagine this! What if Mozart came back to life? As absurd as it sounds, it was witnessed recently in the capital at the India International Centre that paid tribute to the maestros of western classical music by playing their compositions. presented by the members of the Symphony Orchestra of India - Algerim Beisembekova (flute); Prayash Biswakarma (violin); Ruslan Galilov (clarinet); and Alpamys Bissengaliyev (saxophone).

The artists presented compositions by Mozart, Bach, Morricone, Bizet, Vivaldi, Chopin, Beethoven and others that created an air of nostalgia as a medley of compositions.

On the issue of Fusion and EDMs venturing into classical music as to whether the originality is hampered or not, he replies, “They do kill the originality of the music because it is so easy to add fusion. People have not written that music; they are just making it through the computer software.”

He expresses that classical music is something that has been written by hand, it is original and he loves to play it. He further details his challenges he faces in pursuing violin. He elaborates that he came face to face with people who mocked him for playing only classical music.

“This is my base. I will always play this. The violin can do anything. It can make people happy or sad that is why violin is the king of instruments”, he says.

He was upbeat about the fact of being a classical musician in today's time. There is a reason why these compositions are regarded as timeless and the fact the he has been pursuing western classical music for so many years, he explains, "It reaches your heart. I don't have any favourite English songs but these pieces touch my heart.” He, then concludes the conversation on an advisory note to all aspiring musicians and singers saying, “Learn music with originality, proper guidance and perfectly.”