Rihanna’s Insta-shoutout to Queen Elizabeth II is too funny

A day after Queen Elizabeth II's 91st birthday, Rihanna gave an Insta-shoutout to the monarch in her own way. 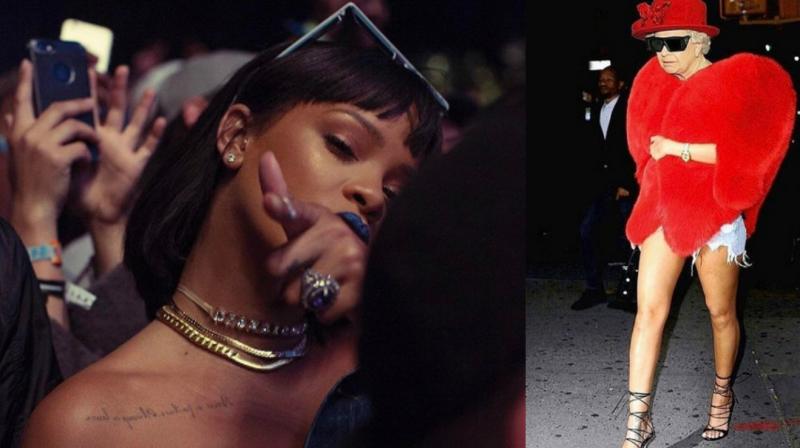 New Delhi: A day after Queen Elizabeth II's 91st birthday, Rihanna gave an Insta-shoutout to the monarch in her own way.

The 29-year-old singer took it to her Instagram account to post a series of photos of the queen photoshopped into some of her most iconic outfits.

In the first picture, captioned "be humble," the Queen's head and body are edited onto an all green outfit, paired with a fur coat and over-the-knee boots. 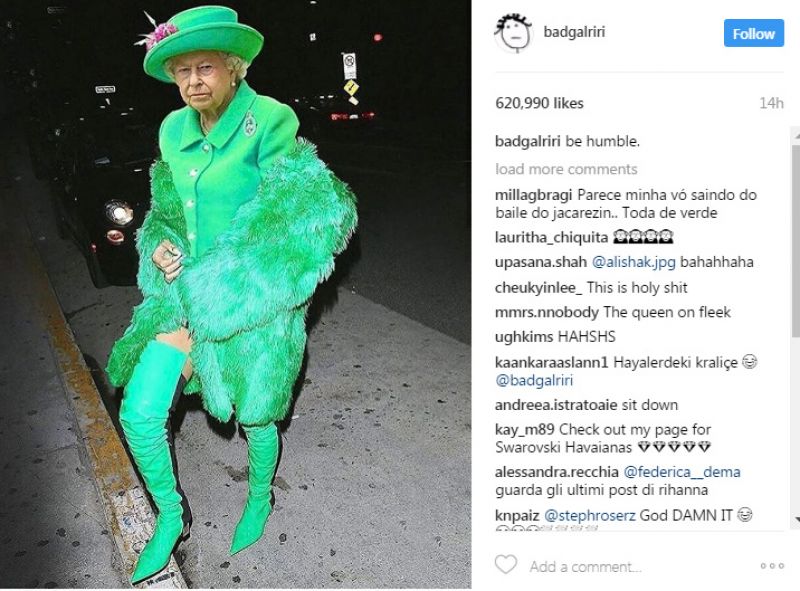 The second picture featured the 'Diamonds' hit-maker's recent headline-grabbing look in which she wore a red fur heart coat by Saint Laurent over denim shorts and black high heels. 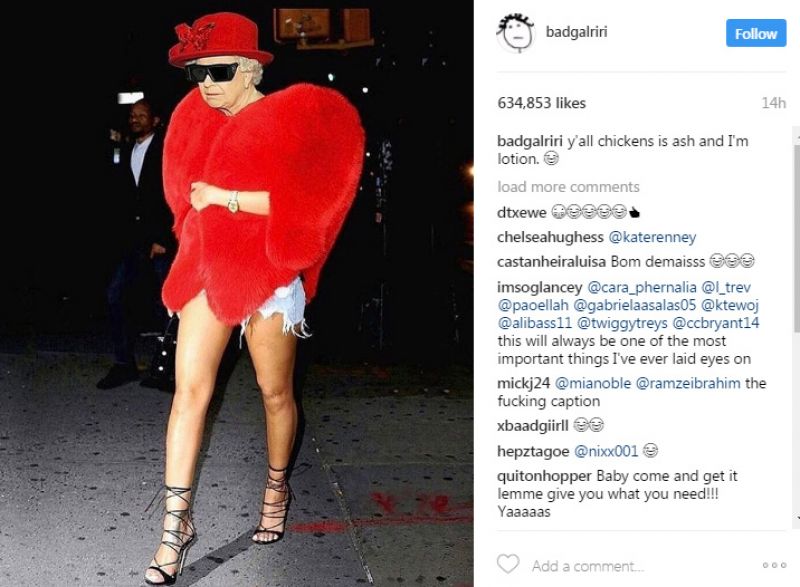 She chose a lyric from Mariah Carey's 'It's like that' as her caption, writing, "y'all chickens is ash and I'm lotion." 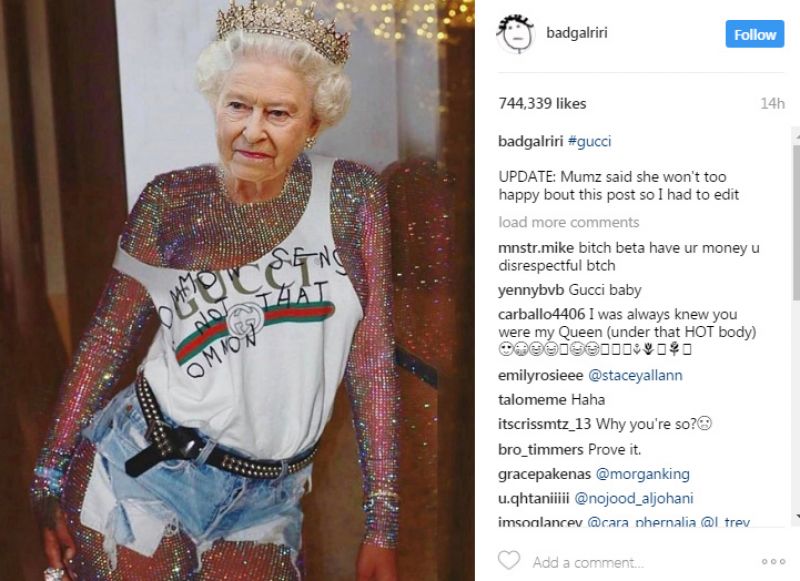 She captioned it , '#gucci UPDATE: Mumz said she won't too happy bout this post so I had to edit.'

Her final image saw the Queen edited into Rihanna's recent Paper magazine shoot with the caption: "it's not that deep." 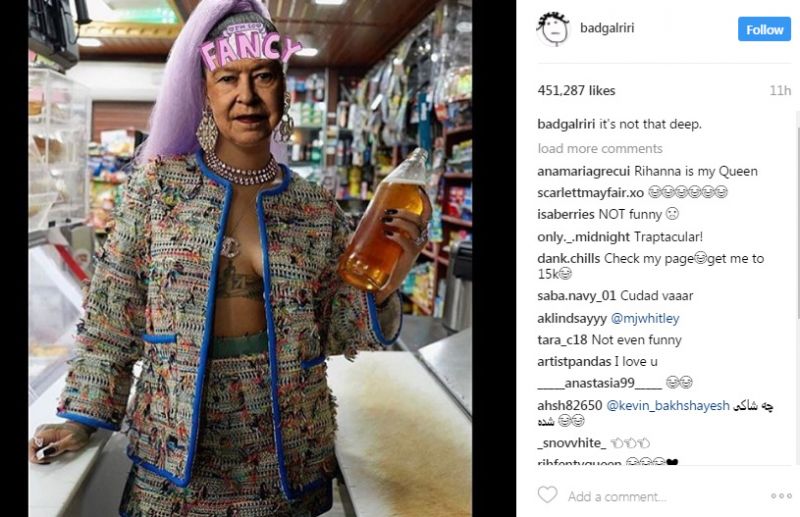