I would love to explore retro jazz, says Shefali Alvares

In a candid conversation, she opens up about the challenges she faced and her journey so far. 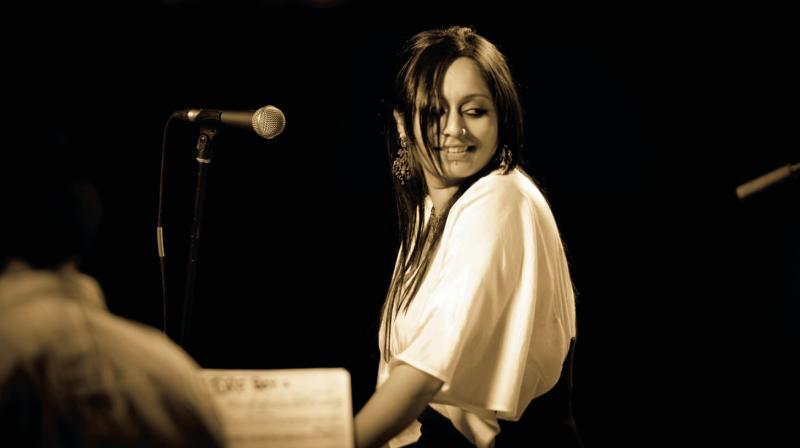 She is proud to be a happy-go-lucky person and faces the struggles that come her way with sheer positivity. At 33, singer Shefali Alvares has some super hits from Bollywood like Subha Hone Na De (Desi Boyz), Party On My Mind (Race 2), Badtameez Dil (Yeh Jawaani Hai Deewani) and Bol Na (Kapoor and Sons) to her credit; but her heart lies in singing ‘Bollywood Jazz’, a genre she got a chance to sing for Bombay Velvet’s song Aam Hindustani.

All set to perform at the Bollywood Music Project —which will be held on March 25 and 26 at Jawaharlal Nehru Stadium grounds, the singer — who is the daughter of legendary Indian jazz singer, Joe Alvares — says she wants to sing more of retro jazz for Bollywood.

In a candid conversation, she opens up about the challenges she faced and her journey so far.

Tell us a little bit about how you discovered your love for music.
Because of my father...I grew up in an environment full of music. However, my initial interests lied in becoming a pilot or a painter (laughs). But in college, I started delving a lot into music. I started realising that music is something that creates bonds between humans, and what music can do, nothing else can. So, I dropped out of college when I was only 18 to take my career forward in music. Moreover, always having dad around for guidance was a very special feeling for me.

Does it add an additional baggage on you to be a daughter of someone who is a well known face in the music industry?
I don’t believe in all these pressures, I’m a very happy-go-lucky person. I believe that one has to continue doing what they are, with the best of their abilities, because life just keeps moving forward.

Tell us about your participation in Bollywood Music Project.
I participated in the first edition of the festival in Mumbai and really enjoyed the experience. The festival got together a lot of different artistes and gave a platform to different genres, which are otherwise not so dominant in Bollywood.

What are the genres that you like to sing in?
Even though I’ve done a lot of party songs, I really enjoy working on the jazz style of singing for Bollywood. A song like Khoya Khoya Chand excites me so much more than a Party On My Mind. Not many people are working on this style of retro jazz and I would love to explore and work on this genre.

How has your journey in Bollywood been so far?
It has been very exciting and I love where I am right now. Along with being busy with Bollywood, I got married and had a baby. I then realised that music is even more fun with the baby! Today, even my daughter hums ‘la la la’ over some songs.

What were the challenges that you had faced?
Diction was challenging for me because I grew up in a Convent school where we never spoke much Hindi. From my father too, I learnt only western music. So Bollywood was difficult for me, but I’ve worked on it quite a bit.

What has been the milestone of your career?
It was in 2011, when Subha Hone Na De happened. Interestingly, even when Pritam approached me for the song, I didn’t ask which movie was the song for and what kind of song was it. It was similar to the experience of some singers who are not told anything about the song or the film before the song is released. So I just enjoyed singing the song and it turned out pretty well!

Lastly, who inspires you in Bollywood?
Sunidhi Chauhan. I think that she’s an amazing performer.