Death metal band Suffocation is excited to perform for their crazy and loyal fan following in India. 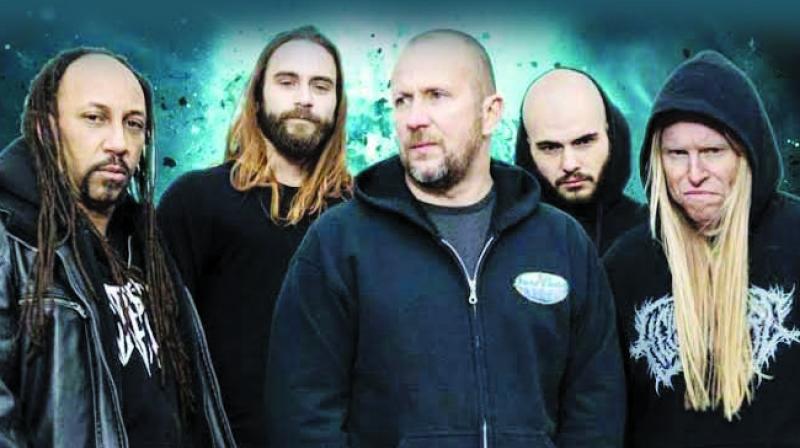 BOA presents the eighth edition of one of the most anticipated music festivals of the year. Performing at this festival is Suffocation, an American death metal band that was formed in 1988 in Centereach, New York. It consists of lead guitarist Terrance Hobbs, bassist Derek Boyer, rhythm guitarist Charlie Errigo and drummer Eric Morotti.

The band rose to prominence in the  death metal scene and created a blueprint for the genre for the 1990’s with their 1991 debut album, Effigy of the Forgotten. They have released eight studio albums since formation. Terrance Hobbs, gets candid and talks about the formation of the band and its current favourite genres. He says, “I joined the band in 1990 when they had already established themselves on the east cost. Frank and Todd formed Suffocation in 1990 and got the ball rolling. We were heavily influenced by grindcore and British bands like Napalm Death along with Sepultura from Brazil as they were unique at the time in what they were producing. It was truly revolutionary.” On their performance here he adds, “We are expecting a lot of noise and enthusiasm. I don’t think any of us have been to India before and have only heard stories from other bands about how crazy and loyal the fans are, so yeah really can’t wait to play here.”

He goes on to add, “Its like coming to a new territory and getting to play to a whole new set of audience who have never experienced our music, so it will bring out the best in us. Our audience has predominantly comprised of death metal and grindcore fanatics. Surprisingly, our audience is getting younger especially when we tour Europe.” The genres they play include technical death metal, absolutely raw and in-your-face! When asked how he feels about how the Indo-American music culture is growing and is unifying the two nations, he replies, “I do know of a few talented Indian metal musicians who have collaborated with American bands and it’s all been swell.” The music they will be playing will more or less stick to their classics from the first three albums and a handful from their latest album which they haven’t yet played in Asia till now. “It’s an honour to come and play to our Indian fans and we wish BOA all the best since we know how hard it is for metal acts to come and play in your beautiful country. It’s a massive undertaking and kudos to the organisers for promoting metal in India for almost a decade,” he signs off.

Tags: suffocation, effigy of the forgotten