Crooning for a cause

The band Sanam are on a tour for a noble cause. Before its Delhi gig, the band members spoke to us in a candid chat. 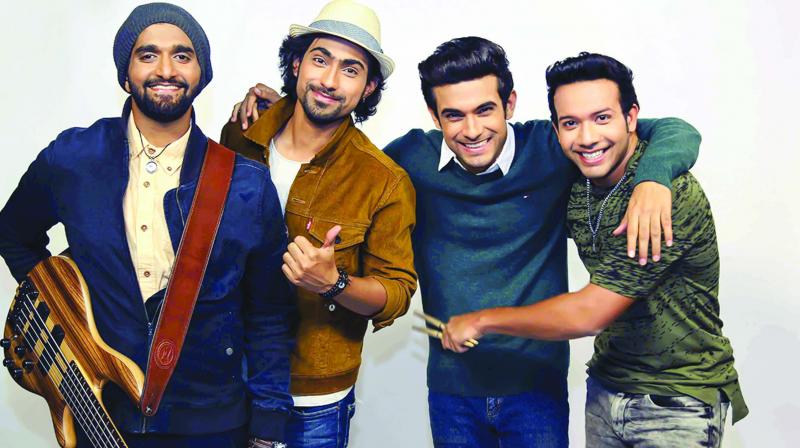 The lead singer of the band, Sanam Puri said that the band is excited to perform in Delhi.

After performing at various international venues such as Mauritius, Maldives, Dubai, South Africa, Israel, Trinidad, Suriname and Bangladesh, the music band Sanam is back on home turf. The lead singer of the band, Sanam Puri said that the band is excited to perform in Delhi. “The live music scene is quite active in the national capital and the culture is very happening. People are inclined towards music and we have a great time performing for such a highly energetic audience. It is fun for us to perform for such an enthusiastic group of people,” added drummer Keshav Dhanraj sharing Puri’s excitement. The tour is meant for a noble cause. “Justice and Hope is a Chennai-based NGO. The money from the sale of our merchandise goes for the cause. These concerts will make people aware of male children sexual abuse. Contrary to popular belief in India, male children actually get more sexually abused than females.”

Samar Puri, who is the lead guitarist, when asked about their struggle has been so far, said, “I wouldn't say we struggled too much. We had our learning experiences but overall, it was a comfortable journey. Everything fell into place at the right time and things started moving forward.”

Venky S, the bass guitarist, added, “A lot of time got wasted earlier waiting for something to happen but from 2010 onwards, things changed. It was a great learning  as we knew nothing about the market initially. Once we got our manager things started getting sorted and we could understand where and why people listen to Hindi music.”

The concert will take place on  December 23 at 4pm at Jawaharlal Nehru Stadium.