He had also played the role of ‘Narada Muni,’ in the cult Telugu movie ‘Bhakta Prahlada’. 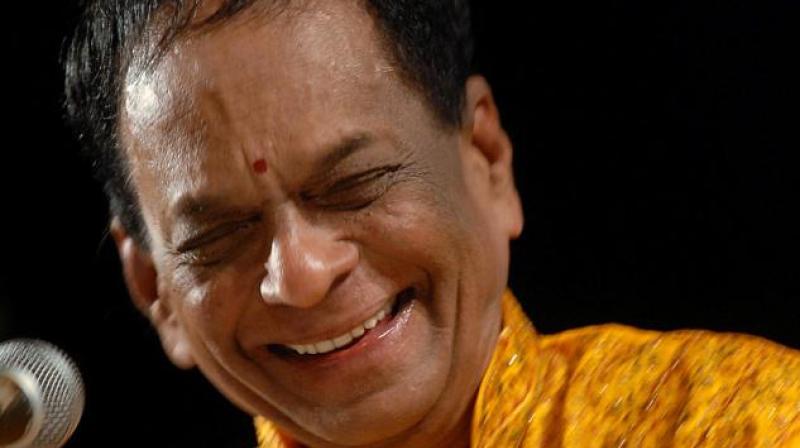 He was conferred the Padmavibhushan, the second highest civilian honour, in 1991.

Mumbai: Veteran carnatic musician M. Balamuralikrishna passed away in Chennai. The much revered artist was 86.

A native of Sankaraguptam situated in east Godavari district, Balamuralikrishna was a child prodigy, having given his first live concert, at the tender age of 8. Born Murali Krishna, the singer was given the title ‘Bala,’ by distinguished Harikatha performer Musunuri Suryanarayana Murty Bhagavatar.

An innovator of the tala system in Carnatic music, the singer is credited with pioneering and engineering distinguished styles, having created his own Ragas, including the much practised Raag Lavangi. The multi-faceted musician also played other instruments like Mridangam ,Viola and Kanjira.

He had also played the role of ‘Narada Muni,’ in the cult Telugu movie ‘Bhakta Prahlada’.

He was conferred the Padmavibhushan, the second highest civilian honour in the country, in 1991.