He has performed and recorded with artistes like Trilok Gurtu, Ustad Zakir Hussain, Bernard Purdee, A.R Rahman and Louis Banks. 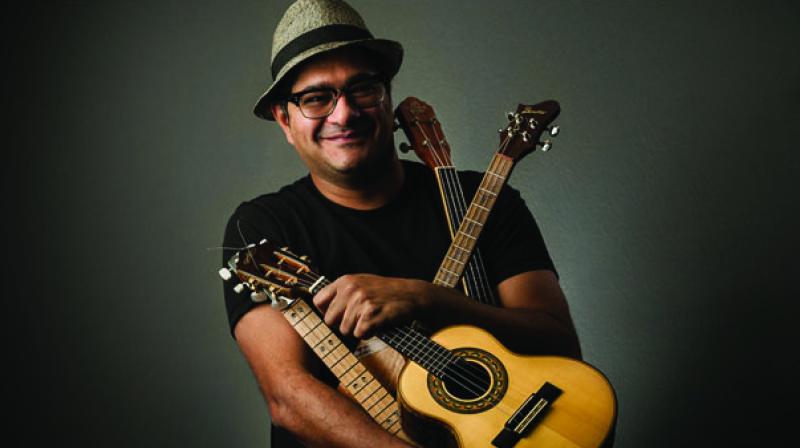 Composer, producer, and guitarist Dhruv Ghanekar is a prominent name in the indie music scene. He has performed and recorded with artistes like Trilok Gurtu, Ustad Zakir Hussain, Bernard Purdee, A.R Rahman and Louis Banks. His 2015 follow-up Voyage, won acclaim at music award shows. In a candid chat, we talk about his musical favourites.

One song that you listen to on repeat mode on your iPod these days: Show Me Love by Laura Mvula

Five songs in the soundtrack of your life: It’s always hard to pick top 5 because my music choices are diverse. I love classic songs as much as film scores and jazz. But here are some of my influences. 7 Days by Sting, Isn’t She Lovely by Stevie Wonder, Daughters by John Mayer, Raag Jogkauns  by Rashid Khan and Wah Wah Ramz Sajjan Di by Abida Parveen.

A song that you love to listen to when you’re:
You’re happy and upbeat: Happy by Pharrel Williams
You’re really low: Don’t Worry Be Happy by Bobby Mcferrin
You’re working out: Its mostly EDM, mostly because of the music that’s played in my gym

How would you describe your taste in music: Diverse, eclectic and sometimes a bit schizophrenic

Your favourite time/way to listen to music during the day: Always by morning

One band/musician you want a private concert from: Abida Parveen

One live act you would love to see at least once in your life: The Pat Metheny Group