Musician Satyasheel Deshpande attempts to unravel the diverse aesthetical ideologies of gharanas through the rich repertoire of their bandishes. 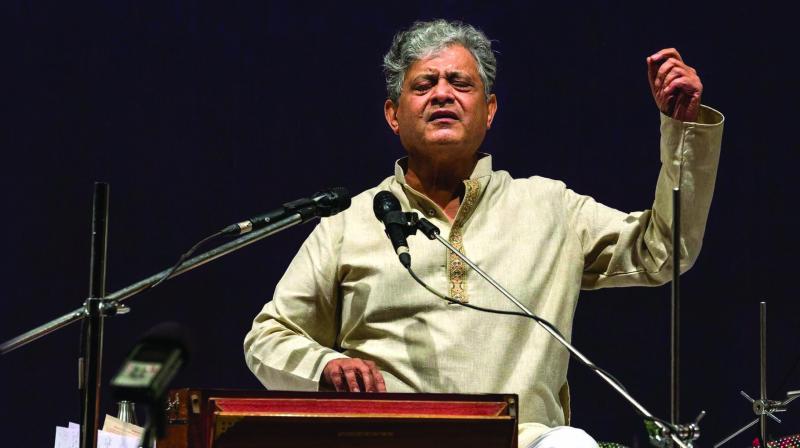 ntil recently, music grew in isolated pockets across India, leading to a variety of ways of handling raga and taal, which ultimately culminated into different gharanas. In the absence of technology, the only way to document and preserve a particular musical idea was to turn it into a bandish, a well-structured composition.

Bandishes composed thus became carriers of the compositional and improvisational aesthetics of the gharana and/or the composer. Hindustani classical music largely revolves around such and a bandish dictates how these improvisations are to be made. “Bandish is another word for composition. So when you sing a raga, you are basically singing a composition,” explains the noted singer Pandit Satyasheel Deshpande who explains that ragas are made up of dhuns or notes and when that dhun is processed to include the entire octave of seven notes, a raga is born.

But ragas are meant to have different interpretations, “So, different bandishes in the same raag have different challenges to be improvised upon,” adds Pandit Satyasheel.

The 67-year-old singer is an exponent of Hindustani classical music and specialises in Khayal. Like most art forms of Indian classical music; khayal has different stylistic traditions called gharanas. “To understand a raga in its true sense, one has to listen to the bandishes of various gharanas,” suggests Pandit Satyasheel who regularly conducts various lectures and demonstrations for the uninitiated to ease the complexity around these concepts.

While the parameters of raga and taal can be improvised upon in more ways than one, he points out that the raga is not a pre-composed text, “Raga music has been sung in more than two-third parts of the country. So there are individual interpretations of what a raga is. When Ustad Faiyaz Khan sitting in Agra visualizes or conceptualises a raga, he composes a Bandish accordingly. So that becomes known as the Agra Gharana Bandish. Similarly, the same raga is interpreted differently by musicians in Gwalior that come to be known as Gwalior Gharana singers ,” he explains.

A raga can only be understood in totality if one knows the compositions in various gharanas. They must be looked at as individuals who don’t fit into one particular gharana discipline. “Whenever one has his own realisation of what a raga is, there can be more than one definitions that are ultimately documented in bandishes,” specifies Pandit Satyasheel.

However, these interpretations and improvisations of bandish are not sets of pre-composed music, there are no notes as such while the singer is performing, reveals the 67-year-old, “It has never attained that state. Like you find a Beethoven symphony or a symphony by Mozart that are all a pre-composed. However, here, how an artist improvises is always a matter of curiosity and novelty. That’s why there has been a tradition of listening to the same raga by the same artist. That is because the artist always finds a scope to improvise and the listeners keep coming back.”

This realisation that there is a scope for improvisation almost always comes as an epiphany to the artist, “When one is trying to understand what a raga is, sometimes while singing, one may realise that this aspect of a raga has not been documented by any other composer in his compositions. It is then that one realises there is a space for a new composition,” he elaborates.