Soulful music for the Mind!

Marouan Benabdallah from Morocco who considers India to be home, will be playing in the city as part of his 15th tour in India. 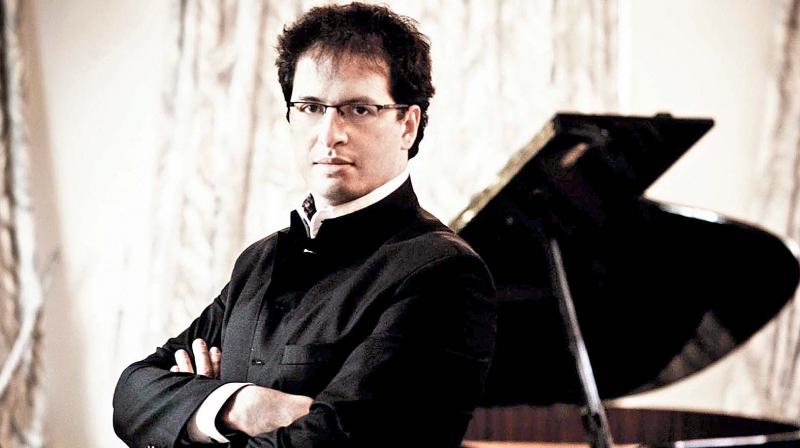 Having started playing the piano at the age of four, the 36- year-old pianist Marouan Benabdallah from Morocco surely found his passion very early in life. This being his 15th tour in India he feels it appropriate to say that he is coming back home. He says, “I started at a relatively early age. However, in some fields, like music, one has to start very early in order to develop the required skills. In the past 11 years, I have performed all over the country, and yet, there are still places to discover.” He found India as he expected it to be when he first visited.

“At my age, I have finally reached a point where I don’t have expectations. I know people will appreciate because it is the highest level of music making and Indian people are refined and open to Western classical music,” he quotes.

When asked if there is a message he wants to highlight through his magical tunes, he replies saying, “No, except the beauty of music and the genius of the greatest composers. However, the Arabesque Music Project I initiated four years ago and presenting classical composers from the Arab world is a humanist project that goes far beyond the confines of music. As of today, I have discovered 97 composers from different Arab countries, which is quite a lot. These composers were trained in the Western musical tradition and they create a unique synthesis, a unique blend of Oriental and Western musical traditions.”

He goes on to say that, “Beyond the musical uniqueness of the project, it is the humanist dimension which strikes the audiences as they discover the life of these unknown authors who in most of the cases had to emigrate to Europe and America to study in the music conservatories and learn from the greatest masters.

In these troubled times of growing xenophobia and racism, these composers are living proofs that integration of people of different backgrounds into the so-called western society is possible. Moreover, immigration can have absolutely amazing results. Just look at the works of these composers.”

He plans to visit India every year and the music he plays is universal, free of any national affiliation. He likes Indian music, contemporary and classical.

“Music was and is still composed by humans, to be performed by humans for human audiences. I think this human factor is extremely important. That’s what will keep Western classical music alive and will keep the interest of people. Western classical music expresses basic human emotions that all of us share and feel. Therefore, appreciating it doesn’t require any knowledge or training. It needs open hearts and minds!,” he signs off.