A versatile playback singer Yashita Sharma has crooned for movies like 2 States, Dil Dhadakne Do and All The Best. 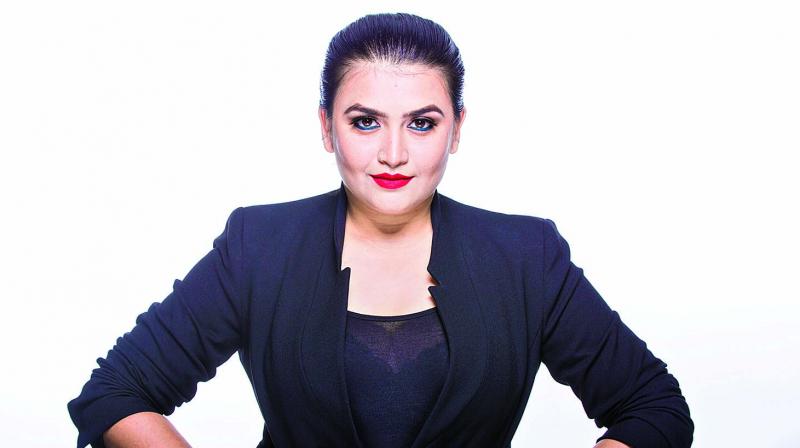 A versatile playback singer Yashita Sharma has crooned for movies like 2 States, Dil Dhadakne Do and All The Best. Currently riding high on her song Ni Mein Yaar Manana Ni with Vaani Kapoor reaching 4.2 million views on YouTube, we speak to Yashita about her favourites.

One song you have on repeat on your iPod these days: I have many on repeat mode, honestly, but John Mayer’s album Continuum is constantly on.

If you had to put together a soundtrack for your life, four songs that best describe your life which would those be and why?

Dil Dhadakne Do from Zindagi Na Milegi Dobara, since it really charges me; Kyun Na by Amit Trivedi, it has message I’d like to give people. Then there’s Single Ladies by Beyonce and That’s What I Like by Bruno Mars.

Is there a song you love to listen to when:
You’re happy and upbeat? Usually anything happy and upbeat. It’s usually songs by Bruno Mars.
You’re really low? Ghazals, or blues with a cup of coffee. I listen mainly to Ghulam Ali Sahab, Farida Khanum or Etta James
You’re working out? Bollywood songs, because that’s the time I get to prepare these songs for my shows.

How would you describe your taste in music?
I would say it is decent. My friends always love it when I decide the playlist for the night.

If you could have one band or musician in the world perform a private concert for you, which one/who would it be?
Bruno Mars

Which is the one live act you would love to see at least once in your life?
I wish I had seen Michael Jackson. I think I’m going to take this to my grave.