Entertainment   Music  21 Nov 2017  Mumbai is in love with the shape of Sheeran
Entertainment, Music

Mumbai is in love with the shape of Sheeran

As the singer-songwriter wooed the Indian audience on his second trip here, concert attendees made sure Ed Sheeran felt the love too. 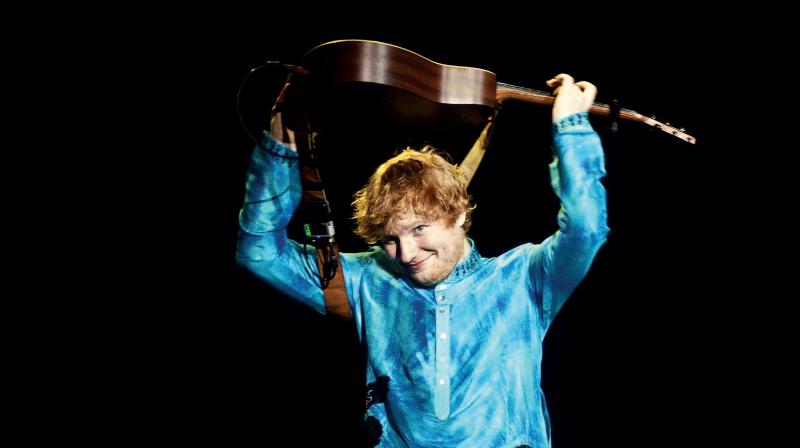 “Do you think he will play One Song,” a young girl excitedly asked her friend over the loud cheering just before English singer-songwriter Ed Sheeran came on stage. “Oh my God, I love that song! I really hope he plays it,” chimed in the other.

The concert on Sunday hosted ‘Sheerios’ or Sheeran fans, as they popularly refer to themselves as, in Mumbai. After a long wait, thousands of fans lined outside the Reliance Jio Gardens in BKC finally got in the arena, after which began another wait to see Ed on stage for the second time ever.

The opening act was by American musician Lauv, who performed a good 45-minutes-long set that included some of his popular works such as Paris in the Rain, Easy Love, The Other, and finally ending with his biggest hit I Like Me Better. Considering how opening for Ed’s act was his first ever act in India, it felt like Lauv knew his audience really well.

Once he got on stage, he had the whole crowd cheering and grooving to him — it was almost like a seamless interaction. But even so, for a lot of people, it was their first time listening to Lauv, let alone watching him perform live. It can’t be gauged how many of the concertgoers were keen on listening to Lauv’s music when they got there, but by the end of his set, the musician got himself some brand new listeners.

A few minutes into 8 pm, and Ed finally made a loud and energetic entry on the stage leaving fans across all ages screaming, shouting, yelling and squealing. The 90-minute-long set started with a very lively rendition of Ed’s own Castle on the Hill followed by song his chartbusters like Eraser, Dive, Perfect, Happier, Nancy Mulligan, New Man, and finally ending with Shape of You. 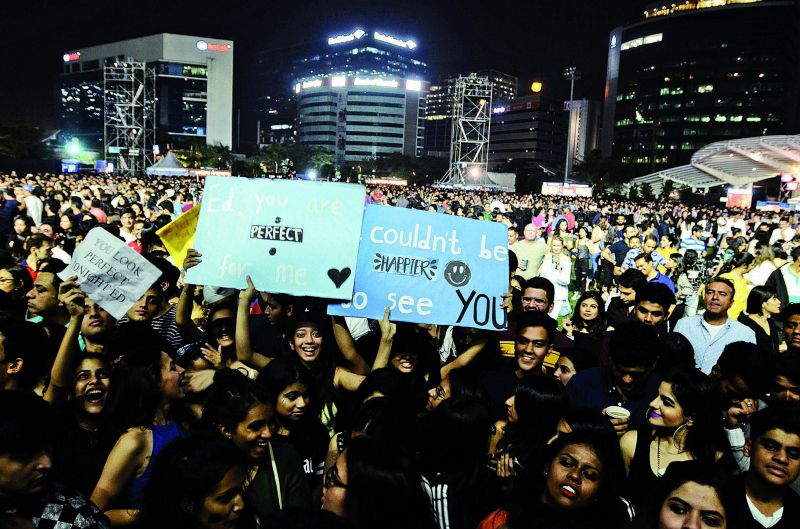 As this was the second time Ed played here, he brought with him a certain awareness of the space and his listeners. Without wasting any time in exchanging pleasantries, Ed got on stage and got straight to business. If one song wasn’t merging seamlessly with the next one, cheers followed it, along with a few stray, “I love you, Ed!” shouts from young girls (and boys).

The very few barely minute-long breaks that Ed took were filled with chatting up with the audience in between hydrating himself.

“I see a lot of superdads here,” he once began, exasperated, and followed it up with an explanation of what a superdad is. “A superdad gets his daughter to my concert, but is someone who doesn’t really want to be there,” he said into the mic to cheers.

The best part about the show was the myriad types of listeners who made it for the show: the ardent fan who knows every word to all songs by Ed, the one who makes quirky posters to catch his attention, and the one who casually asks others, “Which song is this?” when a new one comes on.

From teenagers with their parents and young adults with their girlfriends or boyfriends to friends in large groups, the Mumbai leg of Ed’s Asia Tour for his album Divide was quite a success with the English musician bidding farewell saying, “India, you are always special and this night is magical.”