Ananya Birla talks about her future plans, love for Eminem and more. 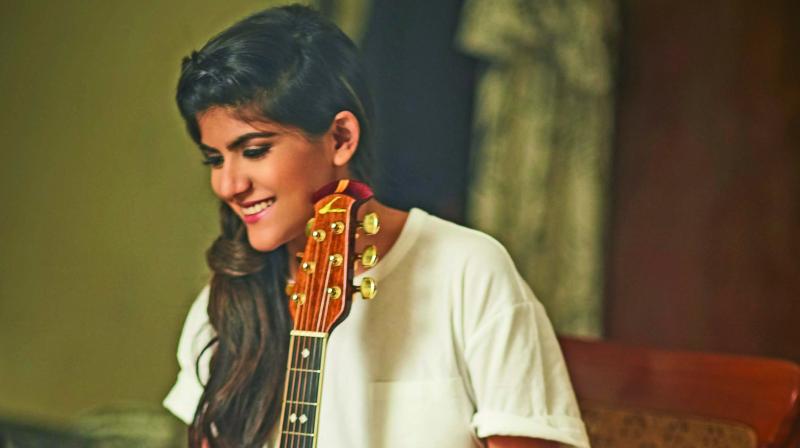 The daughter of Aditya Birla Group Chairman Kumar Mangalam Birla and philanthropist Neerja Birla doesn’t seem to be bothered by the weight of her surname. She followed her heart by becoming a musician and with her international debut single Livin The Life garnering a total of 19.6 million views, over 2.5 million audio streams and a #11 spot on the Shazam Top 100 India songs, Ananya has announced the release of her second single. Titled Meant To Be, the single sees the singer-songwriter sporting a brand new persona, highlighting her artistic maturity and musical evolvement since her debut. “I think I grew much as a musician through this track. In fact, this single gave me a great creative energy to explore and exploit.”

Ananya’s tryst with music began quite early. She learnt to play the santoor and guitar while growing up. “My earliest memory of music has to be watching my mother play the santoor. And learning to play that instrument was a natural progression for me. Though it was a classical format, it helped me grow as a true-blue musician. I can pick up different chords that are playing or being used and I am aware of every little thing that happens in terms of music. And of course, my family has always been totally into music, so ever since I was a child I was surrounded by it. Music is in my soul.”

However, it was only during her time at Oxford that the musician inside her came to life. “Live gigs became a regular occurrence, so much so that in two years, I had performed at over 70 gigs and in essence found my calling. Music means life and love in its purest form. It’s about capturing your emotions and celebrating everything about life,” says the young popstar.

The singer and songwriter was signed by the Universal Music Group, India recently and she says that she doesn’t waste time in pursuing and realising her dreams. “I pretty much say this to everyone: there are two types of time — clock time and real time. In clock time there are 60 seconds in every minute, 60 minutes in every hour, 24 hours in every day and 365 days in every year. All time passes equally. I turned 23, and I am exactly 23 years old. No more. No less. In real time, all time is relative depending on what you’re doing. Enjoying what you are doing, chances are you will feel time passes quickly. Conversely, not enjoying what you’re doing, chances are time passes slowly. Which time describes the world in which you really live? Clock time or real time? For me, it’s real time.”

She writes her own lyrics, composes music and has several plans to make a successful career internationally. “I write anytime and every time; at 3 am, 4 am, midnight, noon and so on. I  also travel a lot and carry my phone and a pen everywhere. Inspiration strikes any moment and I make sure to capture it.

Her dream collaboration, she says, would be working with Eminem. “I love soft music, slow tracks and rap. Eminem is like a God to me. Besides that, Kurt Cobain has been my evergreen musical guru.”

Lastly, ask her if she ever plans to enter Bollywood and she says, “Not at all. I want to make it big internationally as a musician. Bollywood is not on my list.”