Wandering in the lust

Danny has always been passionate about music and writing original songs and performing everywhere he went. 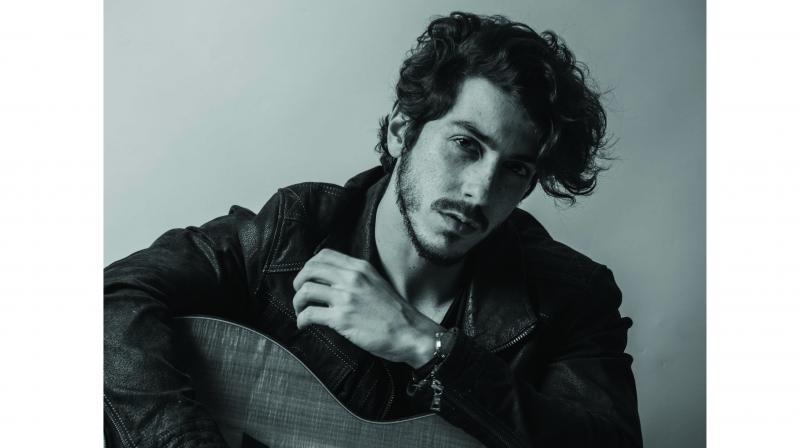 Music is all about telling a story. It tells a story about feelings and culture and about one’s background. Danny Aridi a Lebanese/Canadian musician based in Dubai who looks to tell a story in every song he creates.

Danny has always been passionate about music and writing original songs and performing everywhere he went. “I believe that music is the language for all of us. It was always a great source of expression and storytelling for me growing up” he says.  He started opening up for major artists like Fifth Harmony and The Backstreet Boys. He  also grew his social media profile on Instagram by posting weekly videos through which people started to following his journey.

He has also opened for singer like PINK and many others. He  expresses, “It’s an amazing feeling to perform before such internationally renowned artists and even better when the crowd are singing the original songs I wrote in my bedroom.”

Although all of his songs are in English, he says,  “I admire the song writing in a lot Arabic songs. I find they tell stories brilliantly and the lyrics are poetically beautiful.”  On being asked what made him combine Canadian music with Lebanese music, he says, that he is Lebanese/Canadian and based in Dubai. “It’s part of my identity, every country has had an impact on my international music style and helped shape my personality.”

Fusing the music styles of two different countries can be extremely daunting as they are completely different from each other. When asked about how he kept the originality of the music from both countries despite fusion, he responds, “Writing comes naturally to me so I’m grateful that I did not experience any difficulties on that side.” He later adds, “I believe every culture has something we can learn from and I realize that no matter where a person is from, we are more alike than we are different.”

He then details the challenges he faced while pursuing his passion which is music. He recalls, “There are many challenges I faced pursuing a career in music. I studied Business in university and left my job to pursue my passion.” He then adds, “I realized that sometimes you will hear nine “no’s” before you hear the one “yes” that can change your life. I believe the best thing to do is to keep learning, working hard, and to keep creating good content.

He recently came up with a song titled Wanderlust. He explains that he wrote the song while he was traveling and it talks about leaving your routine in order to travel and have an adventure. “The lyrics tell a true story when I bought one-way tickets to cities not knowing where I will end up next on my travels. The music video was filmed in beautiful India”, he says.

EDM or electronic dance music is everywhere and many like to fuse it with songs to make the it more appealing to the modern audiences. On the same issue, he responds, “I think music and originality is all about perspective.”

“There is no right or wrong, people can express their art in different ways and every genre has something unique and special to it.” he concludes.