Music is my identity, my existence: Meghdeep Bose

On the occasion of world music day I would like to request everyone to appreciate music and its creators. 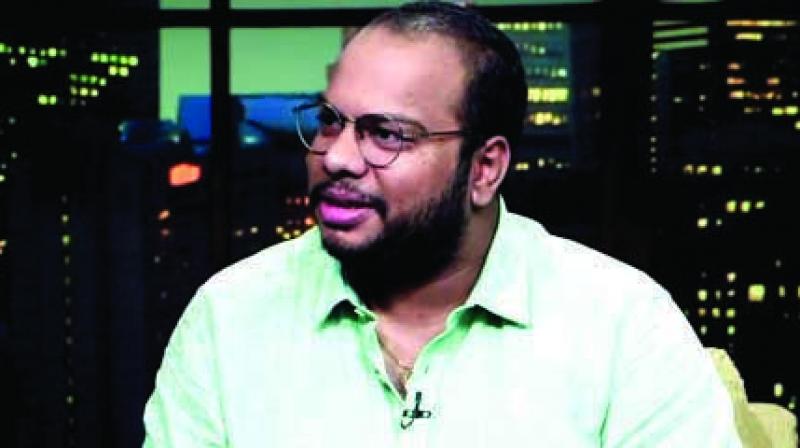 Music has always been a blessing for Meghdeep Bose. His connection with music has always given him happiness and relief. “Music is just not my career rather it’s an only passion that drives me. On the occasion of world music day I would like to request everyone to appreciate music and its creators.

Music today is just not only source of entertainment but it helps people in lot of different ways like research has proved that music is also healing a lot of people suffering from various ailments in life.” The orator and a young music producer — Meghdeep Bose, whose success story has been an inspiration to a million, speaks to us on the occassion of World Music Day about unconventional success story and music being in his blood.

In today’s time, there are no boundaries for artists and true talents and as a result the musician feels that he has been fortunate that currently on one hand he is able to work with leading music composers in India and at the same time also he is able to complete his project in UK. Forthcoming films like ‘Saniya’ composed by Amal Mallik & Directed by Amol Gupte and another project composed by Sneha Khanwalkar have music produced is in his bag. He adds saying, “I am the Additional composer & music producer (scores) in the upcoming Gurinder Chadha directorial UK TV series ‘Beecham House’.”

Indore to Mumbai was destined to happen as music runs in his family and veins. The young talent says, “My father, Dilip Bose is the first music producer of central India. And all of my childhood was spent observing and listening to music being created in studios. My father preferred to stay away from glitz and glamour but I wanted to create music for films.”

If not music, nothing else. That has been the mantra for Meghdeep. He enthusiastically shares, “There is no plan B for blood running in our veins, so there was never a second thought even for a second that I could ever do anything but music. Music is my identity, my existence.”

Commercial success and critical success are two sides of the same coin and neither is complete without the other. When it comes to choosing sides between class and mass the music organiser says, “I’ve always been clear that mass and class both are equally important for any song. As for me, I always try and will continue to create and deliver balanced creations.”