India’s fixation on ABBA commences with a rendition of Mamma Mia as Mil Gaya in the soundtrack of 1977’s Hum Kissise Kum Nahin. 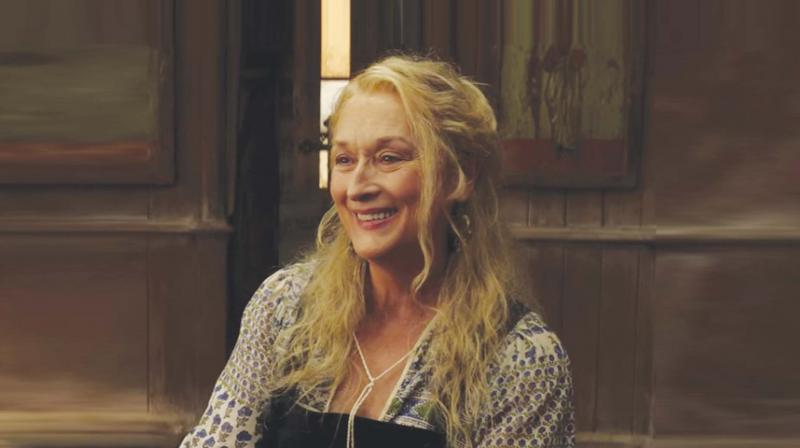 Meryl Streep in the sequel of Mamma Mia!

Barely a fortnight ago, legendary Swedish pop quartet ABBA answered their fans’ decade-long wish and reunited to record two new songs — I Still Have Faith In You, which will be featured in an NBC/BBC special that is slated to air this December, and Don’t Shut Me Down.

The group — Björn Ulvaeus, Agnetha Fältskog, Benny Andersson, and Anni-Frid Lyngstad — hinted at the sound of the new music saying, “We may have come of age, but…it feels good.” The two-hour TV special will feature the group’s avatars performing their greatest hits and launching a world tour next year.

The group formed in Stockholm in 1972 and rose to international fame two years later when they won the Eurovision song contest in Brighton, England, with their breakout hit Waterloo. They had a string of global smashes throughout the next decade before splitting in 1982 or so. Though generous sums have been dangled before them to reform for decades, the quartet resisted reuniting until 2016, when they performed together at a private event in Stockholm.

Nevertheless, India’s fixation on ABBA remains unabated, commencing with a rendition of Mamma Mia as Mil Gaya in the soundtrack of 1977’s Hum Kissise Kum Nahin, followed by the sister act of Salma and Sabina Agha singing Mamma Mia as Toba Toba on their album, Sing the hits of ABBA in Hindi, in 1981. Then, through the years, several compilations from ABBA continued to populate the Indian music market, including on streaming services thereafter, culminating with the soundtrack of Mamma Mia!, from the 2008 musical romantic comedy film based on the 1999 musical of the same name [co-produced by none other than actor Tom Hanks!], bringing on ABBA mania all over again.

The soundtrack provided ABBA their first no.1 album in the U.S., a landmark that they had failed to achieve even during their ‘70s musical heydays. Since then, from tribute acts to the stage musical — including a version performed by the students of Mumbai's JBCN International School last year — continued to keep the music of ABBA alive in India as there is no denying that the group's compositions were filled with melody, and lyrics that were simple enough to be remembered. The arrangements were unique too, whether they did simple pop songs, ballads, or the faster, disco-influenced content in their later years, making the duo of Benny and Bjorn arguably among the world's great songwriters.

“I first heard ABBA’s music during my school days and, after almost 30 years of corporate life since, I still do. Fernando was the song that first got me addicted to ABBA. The interest was enough for me to also obtain some rarities then such as Happy Hawaii, an early version of a song that metamorphosed into Why Did It Have To Be Me?, which was the flip-side of their Knowing Me, Knowing You single.”

While the much awaited sequel to the movie Mamma Mia!, Here We Go Again!, is due for global release on July 20, which will further perk up interest in the music of ABBA although, through the years, their influence has always been around. For instance, hip-hop trio Fugees utilised ABBA’s The Name Of The Game as the underlying theme for their 1996 hit, Rumble In The Jungle, whereas Madonna utilised ABBA’s Gimme Gimme Gimme [A Man After Midnight] on her 2005 smash, Hung Up. ABBA were astute business people too, having set up Polar Studios as a recording studio in Stockholm, Sweden, which commenced operations in 1978. Besides being used to record each of their last three albums, as well as their two final non-album singles, The Day Before You Came and Under Attack, a range of other popular artistes have also recorded at their studios, including Genesis’ Duke [1980], and Led Zeppelin’s In Through The Out Door [1979].

Nevertheless, I have always had a fondness for their songs which had an obvious Scandinavian charm added to make ABBA and their music so unique. Vocalists Agnetha and Anni-Frid, who sang lead on most tunes, had a distinct Swedish accent and, yet, were near perfect, displaying pure voice structure and an incredible range, besides excelling in harmonies. As a precursor to the impending release of Here We Go Again, singer Cher — who plays Meryl Streep's mother in the film — performed Fernando at the Las Vegas CinemaCon on April 25.

Yes, I am looking forward to viewing the sequel and listening to the new tracks from ABBA, and revelling in nostalgia yet again!