Rohan Solomon, with his new band By Chance’s tracks, longs for Delhi’s blue skies and calls for action as he talks about his journey. 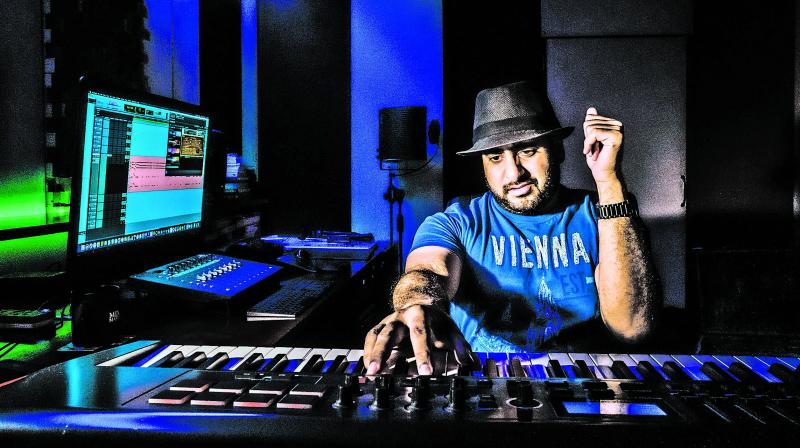 In the era of Channel V Launchpad and the Great Indian Rock Concerts, Cyanide was successful in making its presence felt in significant indie rock events of the country, in a short span of time.

“Well I actually prefer to refer to it as the “By Chance” trilogy. The way it came together is me and my bandmates (Jeet Suresh Paul & Cheilean Jacob) were jamming at a big studio in New York City called Engine Room Audio and we wrote the song Time. Following which, I made them listen to two songs that I had written beforehand (Blue Sky & Hard to Breathe). I think it’s only during post-production that I realised that these three songs form a story when you listen to them in the order (Blue Sky, Hard to Breathe & Time). It seemed like a good message to promote and raise awareness,” says Rohan Solomon regarding the idea of his trilogy that addresses Delhi’s alarming levels of pollution.

Rohan also mentions that Blue Sky and Hard to Breathe were more immediate and personal and came from his observations of what has now become of his home, “When I got back from New York, a while ago, so too was coming out of my own experience, but pollution and environmental concerns are global, not just limited to one city’, says Rohan.

A creation of his that is very close to the heart and the story behind it? “At the moment, I’d say I’m loving the By Chance Trilogy. The story behind those songs is the rising pollution levels in Delhi and in the world and how we need to make a change in our lives to improve the situation,” says Rohan.

Inspiration that he looked up to and what was the turning point in his life?  “I am inspired by a wide range of musicians Michael Jackson, Foo Fighters, Hanson, Metallica, The Corrs, Daughtry, Dream Theater and so many more. The turning point in my life or career is probably when Cyanide did Channel V Launchpad. That definitely boosted our popularity nationwide.”

Rohan intends to start a music production school in Delhi in the near future. “I’m so excited to teach and share my knowledge with kids who are interested in learning about music production and audio engineering. I believe that will be my legacy. To teach hundreds of kids the art of making music will be so rewarding. I’m looking forward to it,” concludes Rohan.