Tunes of the Yore

The pianists, chat about their passion for music, pop culture and their wish to collaborate with Indian musicians. 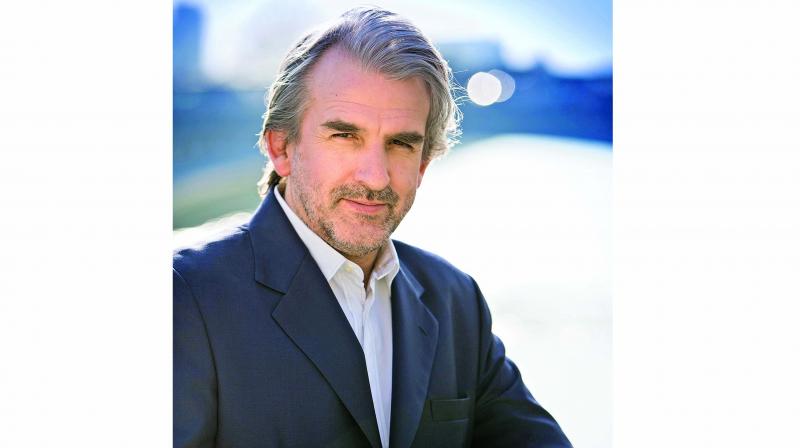 The ongoing edition of the Symphony Orchestra of India brings together some of the most noted pianists and keyboard players from around the world. Among them are Italian pianist Roberto Prosseda and Irish pianist Barry Douglas. With the rare 18th century compositions by German music composer Felix Mendelssohn followed by Austrian musician Fran Schubert’s Fantasy and French musician Maurice Ravel’s Ma Mere I’Oye, Roberto Prosseda took the stage with his wife Alessandra Ammara and performed for the mesmerised audience.

“Some of these recitals have never been performed in Asia before. Usually, I propose two or three options of recitals so promoters can choose what fits with their audience and with other concerts in the season,” says Roberto, who opened the season last week. Barry, on the other hand, will be performing some tunes by German composer Johannes Brahms’ Piano Concerto No. 2. “I can’t wait to perform in India. I wish to make this a musical evening where there will be something for all people,” says Barry, who fell in love with piano when he was just three years old and asked his mother for a piano as a gift, “We didn’t have a piano at home and before my mother could get me one, a neighbour lent me the one she had.”

Although both the musicians hail from different parts of the world, what connects them is their sense of music aesthetics. At the age when a child can’t even have a hold of a spoon, both the pianists were playing with keys in tune. “I had an upright piano at home and it was my favourite toy. I liked to discover how to play some songs without knowing any music theory,” says Roberto.

Just like any teenager, Barry’s aim was to become a scientist but as destiny would have it, he met a student of the 19th-century pianist and composer Franz Liszt, who instilled the music tradition of Liszt and Beethoven in him. “I met her through my father and then never looked back. I am lucky to have had great experiences with other musicians and audiences over the years,” says Barry. Similarly Roberto, as a teen, decided to become a composer and has composed about 100 short pianos when he was still a toddler. Before he could learn to write letters, he knew how to write musical notation. “All thanks to my father. He was an amateur musician, he taught me the musical notations and how to write notes,” recalls the pianist.

For both the pianist, playing this musical instrument is not just a profession but also a great passion. The duo believes that music is an evolving form. “There have always been developments in expression and language in music and it is very representative of the times we live in. It is very exciting,” says Barry, to which Roberto adds, that music has evolved with new instruments. “It is a mutual development. Composers stimulated instrument makers to build new instruments with innovative features and that gave new ideas to composers,” explains the musician.

With fusion music gaining so much popularity, we ask the duo if they would like to collaborate with any Indian musicians, Barry laughs and says, “I guess I would need a few lessons first. But nothing would give me greater pleasure than to collaborate with Indian musicians.” Roberto too agrees saying, “Music should not be seen as something separated in closed categories. Today, we can enjoy both Indian and pop-rock music and if we collaborate, it corresponds to the infinite ways to feel the emotions.”