Delhi has fabulous galleries, but few available to showcase art

The newest gallery on the block is Bikaner House, the erstwhile bus depot for Rajasthan Tourism. 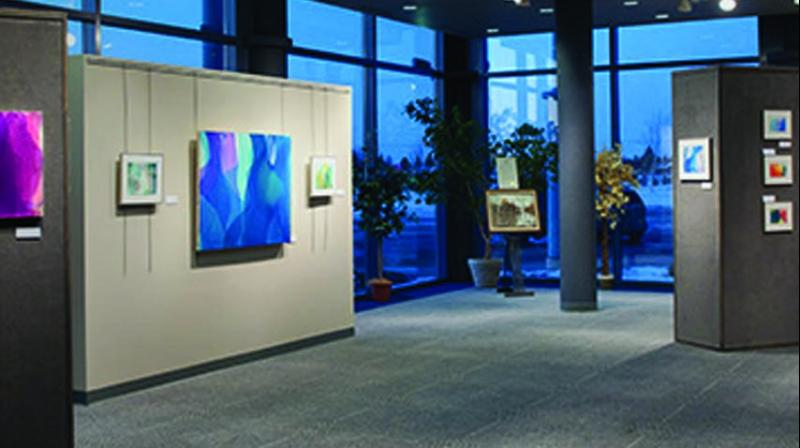 The air-conditioning system collapses during every opening. It needs a simpler physically challenged access too.

It is well-known joke in the art circles that if one wants to book for an art gallery in 2038, then one must book right away, provided one can live with the uncertainty of getting it even then! Often the galleries claim that spaces for art shows are booked years in advance. To verify the claim, I asked the director of a much sought after gallery in Delhi as to when space was available: “Not for the next five years”, came the reply. I laughed and said, “Then please book the gallery for me after that”.  “Sorry, but we don’t book for after five years”, she retorted without the decency of looking sheepish, either pretending to not catch my sarcasm or choosing to ignore it.

Delhi is the veritable Mecca of fabulous art galleries and performance spaces – easily the best in the country and better than most of our neighbouring countries and even some European countries as well. And interestingly enough, most of the spaces are constantly booked. Closer scrutiny reveals that there are only a few galleries available for rent – Lalit Kala Akademi Galleries, Alliance Française, Triveni Kala Sangam, Art Spice, Bikaner House and Visual Arts Gallery being the major ones.

Out of these galleries, to my mind Alliance Française, Triveni Kala Sangam and Art Spice are the only ones that have emerged as true winners in terms of attitude and approach both. They function like international galleries. Their selection is transparent, subsequent to that their attempt is to actually help the artists trying to put together a show rather than behaving in a supercilious manner. They have systems in place for everything to facilitate the organisers and artists. It is a relief that there is no confusion or room for misunderstanding and ad hoc decisions.

The other galleries persist in behaving arrogantly, condescendingly, haughtily, pompously and all the other synonyms of the word. About time a professional, supportive and polite behaviour was ensured by the organisations under which these galleries fall. It would not be a bad idea to shuffle the cards a bit and put some others in charge of giving out the galleries. I have been a witness to some of the gallery incharges (they are called directors in some places!) behaving badly with artists and it makes me want to box their ears and banish them from the art world. 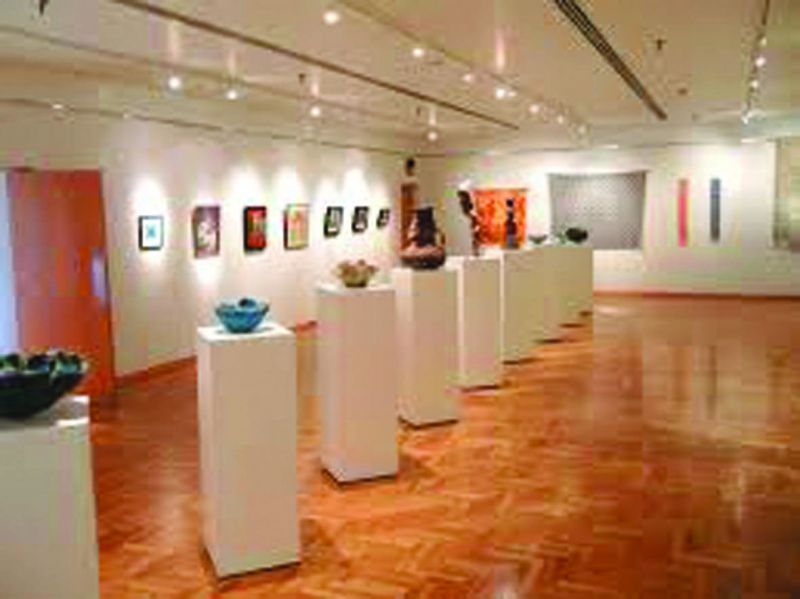 We all know that putting up a show by an artist is a huge act of love and toil and of course expense that may or may not result in financial gains in the end. So my plea is to please not add insult to injury to the proceedings. Instead of acting hoity-toity, a more professional approach should be in place in both management of the galleries and the people who they are supposed to serve. Since these are rental galleries, all they need to do is have a simple criterion for selection of artists like 40 shows out of which 10 should be catalogued ones and go by a simple first come first served basis. And the practice of giving the gallery for less than a week should be stopped. In desperation artists take the gallery for fewer days when offered, but it is senseless to go through the effort to put up a show for less than a week.

Galleries like Visual Arts Gallery and the Open Palm Court in the India Habitat Centre ostensibly do have some obtuse criterion for selection of artists. I feel the process of selection must be transparent –considering they are also answerable to their members. These two galleries definitely need improvement in facilities too, provided you are able to crack the highly obtuse system to get the galleries in the first place, which are held like personal fiefdoms. The all too frequent alcoves in the gallery should have been reorganized years ago by simply creating false walls to create a proper white cube space. The air-conditioning system collapses during every opening. It needs a simpler physically challenged access too. In the Open Palm Court it is pathetic to watch people wilt and shrivel in summer and freeze in winter and pray it doesn’t rain too hard in the monsoon. And of course air conditioning is a must.

The newest gallery on the block is Bikaner House, the erstwhile bus depot for Rajasthan Tourism. Since it a heritage building, they have done a fairly good job of refurbishing the place making the most of its advantages and playing down the disadvantages. While its gallery is fine for a small show, the Ballroom is being rent out for bigger exhibitions regularly. As there are art works on the original walls, false walls have to be created for every show. To my mind it is ridiculous that the place one rents for an art show doesn’t even have walls! Either the walls should be provided at no extra expense or don’t rent out the gallery for art shows. Ditto for the lighting. To my mind it is just a huge rip off.

To compound the problem further, commercial galleries, many of who have their own galleries in not-so-central locations, are given spaces in these for rent galleries virtually for the asking; many times they put up shows that make one baulk and run miles before one can even enter. Nexus and nepotism is the name of the game.

As for performance spaces, the Mandi House circle houses some of the most sought after spaces like the Kamani Auditorium, LTG Auditorium, Triveni Kala Sangam, Shri Ram Centre, FICCI Auditorium among others. And all of them were given land at the rate of Re one to build art centres. A laudable thought no doubt, but in a bid to become self reliant that eventually became profitable, most of these spaces have rented out large chunks of the spaces to offices and non-art activities.  While one can sympathise that costs of running, maintaining and upgrading these huge guzzling monsters is very high, surely there should be a few days every year that the spaces can be made available to artists and artistes at concessional rates as was the initial reason for giving out prime land at highly reduced rates.

Talking of giving out land at concessional rates, almost every dancer worth his or her salt in the city has built dance institutions by getting land at concessional rates. Many of them have even rented out part of the spaces to pay for the upkeep of the space. I am fine with the principle, for dance is a difficult and not particularly well-paying art, my only contention is that they should give back to next generations what they missed – in this case, auditoriums or rehearsal spaces. And another thing, why should the Guru not live on the premises? That is another rule that needs changing.

Most medium-level institutions in Delhi have built auditoriums of varying sizes inside their institutions that can be shared with other fellow artistes and artists for a couple of days every month or a few days every annum at reduced rates or even free. If they open out their spaces, the footfall increases and newer people come within the ambit and the pressure and dependence on well-known halls decreases and smaller playersget into the act.

There are innumerable times when I have walked into an art gallery post the opening night and found it empty save for an odd visitor or two and wondered why it can’t be put to better use like maybe have a discussion about the show or poetry reading or even a dance or music recital. One can build-up a more culturally aware and inclined viewership by taking the arts closer to its possible audiences. The key are the creators of the arts who need art consumers but the idea is to build potential art patrons as well. Sharing is the best form of gratitude.