Three-piece musical repertory The Rynosax Quartet opens up about their motivations behind making jazz music popular in India. 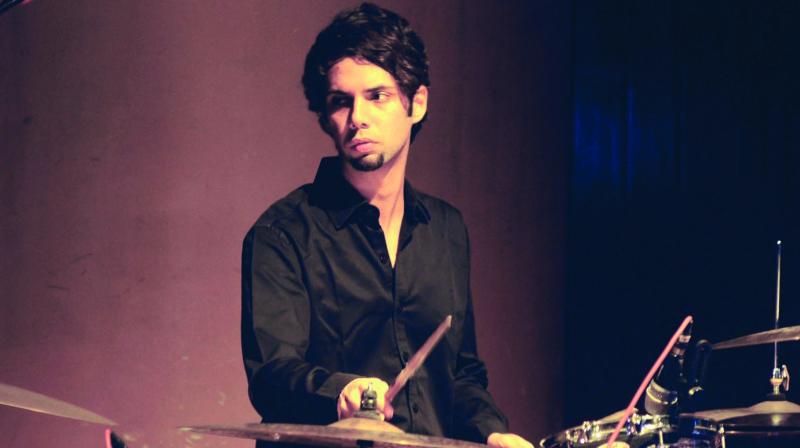 Jazz is often known as the classical music form of USA. It has been recognised as a major means of musical expression for Indian musicians as well.
Characterised by swing and blue notes, vocals, improvisation, the performance-oriented form involves a great deal of understanding of music. Very few musicians fit this brief; one of them being The Rynosax Quartet. The musical repertory performs jazz music featuring different vocalists from time to time, to revive the romance of the saxophone.

“We want to revive the saxophone’s artistic romance with vocals, because more often than not a great vocalist brings a certain vulnerability and humanness to the stage,” says Ryan Sadri, who has been playing saxophone on the live set up since 2003. Though he works with independent bands to make original music, he also performs with The Rynosax Quartet to explore his fascination for the saxophone. The musician has performed at various international music events like the 2018 Commonwealth Games in Australia; Southbank Centre, London; WOMAD festival in Caceres, Spain; Edinburgh Fringe Festival; Kwala Festival, and Reunion Island, among many others.

The Rynosax Quartet has amped up the traditional quartet setup by adding a horn section, percussionist, guitarist and singers. With a selected mix of songs — ranging from Jorja Smith to Stevie Wonder and Chet Faker to Cory Henry — the band is all set to pull out some live jazz and blues tunes in the organ trio format at Luna - The St Regis Mumbai. “We mainly play funk music with influences from jazz and Motown. This is a more sophisticated way to look at covers of pop music. This helps us connect with crowd that listens to good quality and light music,” explains Anurag Naidu, who has been the band’s keyboardist since its inception.

While the music form is only just gaining popularity, Ryan sees it getting even more popular if more youngsters learn the art form. “It certainly isn’t easy but it is very rewarding. Inspiration is a key factor for anyone trying to pursue something for a good amount of time,” says Ryan, who is inspired by his trainer and late jazz musician Mickey Correa.

Meanwhile, the band’s vocalist Anubha attributes jazz’ new popularity to the emergence of live music venues and similar settings. “It wasn’t as easy for musicians in the past to get a decent education in western music, let alone specialising in jazz, here in India. But now, with several schools being set up for this sole purpose, more musicians are gaining access to the depths of jazz,’ Anubha believes. But for Ryan, the immediate availability of music and being exposed to different cultures has made the form more popular. “I guess this exposure helps people develop different tastes and not be limited to what is right in their immediate surroundings,” the musician opines.

However popular it may be, jazz music is still struggling to set its own feet — most times, musicians perform jazz in unison with Indian or Western popular music. Nevertheless, the band members are apprehensive about fusion music. “I don’t fully relate to that music somehow,” says Ryan.

Anubha, who has been trained in Hindustani classical music for about six years, adds, “I love all streams, genres and sub-genres of music, but I never really fused one and two for performance,” avers the singer.

And though they agree on many things, there is conflict in every creative pursuit. Naturally, The Rynosax Quartet is no different. “We’re a team. There will be certain amount of criticism, but everyone is open to listening to it. We solve it by having an open mind, both while criticising or receiving criticism,” reveals Anurag. Ryan adds, “We spend a lot more time together off-stage than we do on-stage, so it’s important that we get along and enjoy each other’s company.
Otherwise, it could get a bit weird.”