The Barmer Boys won’t shy away from using beat-boxing and electronica to make Rajasthani folk music funkier, as they take their culture to the world. 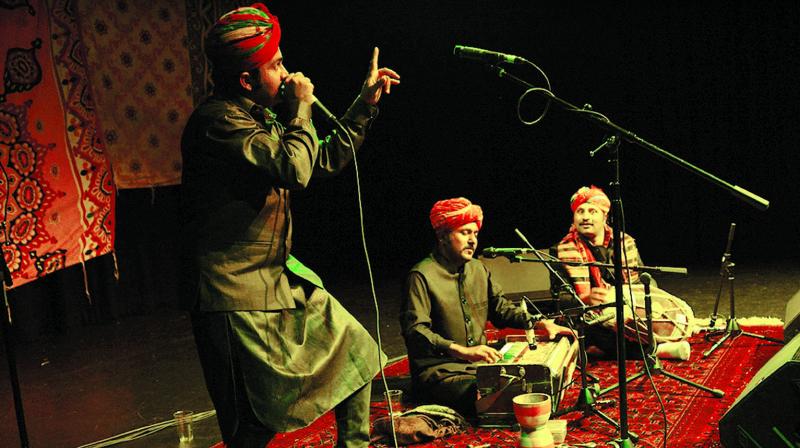 The poignancy in Rajasthani folk music is something that tugs at the heartstrings, no matter which part of the world you belong to. From their deeply soulful numbers about love and longing to the faster celebratory numbers, generations of the state’s musicians have had a treasure trove of old and new tunes.

And the Manganiyars of Rajasthan have been at the forefront of the movement to bring Rajasthani music to the world. The folk musicians call themselves the keepers of stories, and their Sufi sound is now finding an identity all across.

However, Barmer Boys, who find their base in the folk music of the Manganiyars, do not believe in keeping the music to just its traditional song. With beat-boxing, a live DJ, and reworked classics, the trio are hoping to bring about a pleasant change in Rajasthani folk tracks.

The next-gen band that carries the centuries-old music tradition comprises of Mangey Khan on lead vocals and harmonium, Magada Khan on dholak and Rais Khan, who not only plays the morchang, bhapang and khartaal, but also beat-boxes. 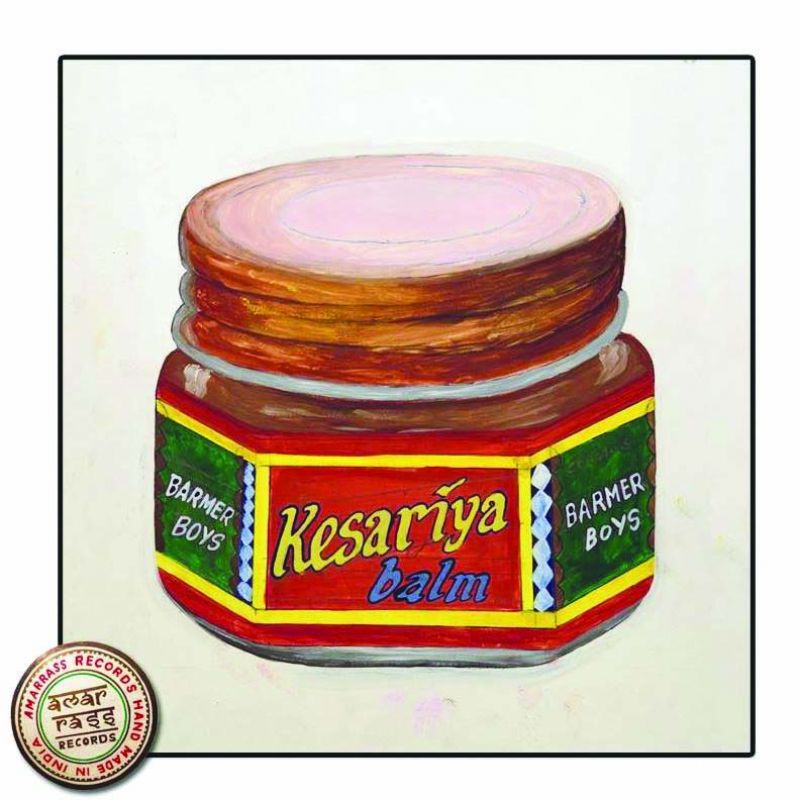 “The idea was to create something new and to introduce a new song along with what’s considered old and traditional,” explains Rais “Also, the sound of the Rajasthani and Sufi traditional folk instruments — the drone of the harmonium, the resonance and acid twang of the morchang, the staccato clap of the khartaals and the dholak beat — are also found in modern music, especially electronic ones. Beat boxing is also an ancient sound that we thought is unique and could be blended with the traditional.”

Despite the fact that all three of them have been traditional musicians, they credit Rukma Bai — the nightingale
of the Manganiyars — for the formation of Barmer Boys. “She shouted ‘Mangeya! Harmonium’ towards Mangey, in the midst of her last recording, Banko Ghodo, in 2010. She needed an accompanist, perhaps with the knowledge that Rajasthani folk needed reinvigoration and new voices, much more than she needed just a harmonium player at the time.

Cut to 2017, and the group is two albums old. From At Home, to their sophomore album Kesariya Balm — their take on Kesariya Balam — and Barmer Boys have been making waves not just in the studio, but also on the stage. “Kesariya Balm is actually a tongue-in-cheek reference to the original. We often get asked to perform that during concerts, but it’s not even on the album!” laughs Rais. “The album reflects our current sound and the track listing is something that we play during our festival sets these days. It has a more upbeat sound and features both the traditional and contemporary side of the band, with Sufi kalaams, Meera bhajans, beatboxing, and even a remix of Bole Toh Mitho Lage by our friend Audio Pervert (the Delhi and Spain-based electronic music producer.”

Revealing that the band is to debut a few new songs at Ragasthan, the music festival over the weekend, Rais says they also played a new track called Didi in Europe. “It was to pay respect to the Algerian artiste Khaled, and his famous song, since he was playing at the same festival in Berlin,” he smiles.

And despite having played in front of foreign audiences in countries from Denmark to Spain, Belgium, Malaysia and everything in between, the Barmer Boys remains a collective of simple folk musicians who simply want to pass their music on. “These folk stories and songs are in our blood, our genes,” says Rais. “We have been singing and playing instruments since we were children, as is the tradition with Manganiyars. We learned from our elders and carry on our traditions by not just performing, but also teaching the next generation. The message that we aim to pass on is simple — there’s beauty within you and in everything that surrounds you.”

— With inputs from Nirtika Pandita