Singing sensation Shraddha Sharma had the crowd crooning with her at a music show. 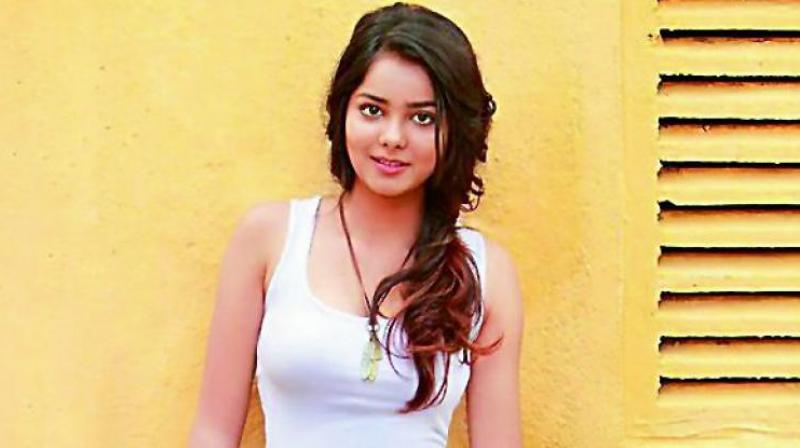 As soon as she began humming O Soniyo re… the soft-romantic number from Saathiya, the crowds serenaded with her. Shraddha Sharma enthralled the audience at Cadence, a musical night organised by the Gitanjali Senior School, Hyderabad. It was her second trip but her first solo performance and the singer was clearly very excited about it.

Originally from Dehradun, settled in Mumbai, Shraddha, the YouTube sensation’s journey began in 2011. Her first song went viral with lots of hits and increased subscribers. “None of it was planned. I had put my video for my friends and family initially but everything just fell into place,” says Shraddha whose prowess with music is not limited to belting out Bollywood numbers; she is into all genres of music. “For me,, music is a very soulful thing, I prefer soft numbers which touch the heart as I am an emotional person. It definitely does not have to be in Hindi, music in any language gives the right vibes,” she shares.

Interestingly, Cadence was her first show where she sang English songs. “Although it may be difficult to sing in a language which you don’t understand, I am open to the idea. That’s the charm of a performer. I truly admire the way Shreya Ghosal has been singing in multiple languages, especially in Tollywood,” adds Shraddha.

So do we see Shraddha doing playback singing anytime soon? “Although I have received offers for playback singing, I am not ready for it. I have lots of miles to go. But again, I think I am a good performer in front of a live audience. For me, singing in a studio, stuck inside a room doesn’t click. I  want to perform live more often, it’s a different aura,” she explains.

Besides live shows, Shraddha had come up with an album Raasteya few years back, but as of now, she is working on singles. “India is not a perfect market for creating albums, it’s all Bollywoodised. Right now, I am more into composing music and my singles may hit the waves soon next year,” she adds.

Apart from singing, Shraddha is in her third year of her graduation in English as a major. According to her, if she can’t make a mark for herself in the music industry, she will definitely be doing something with English as a language. For her, education is very important part of her life apart from her passion for music.