DJ Ritviz is all pumped and ready to release his debut album that will come out later this year. 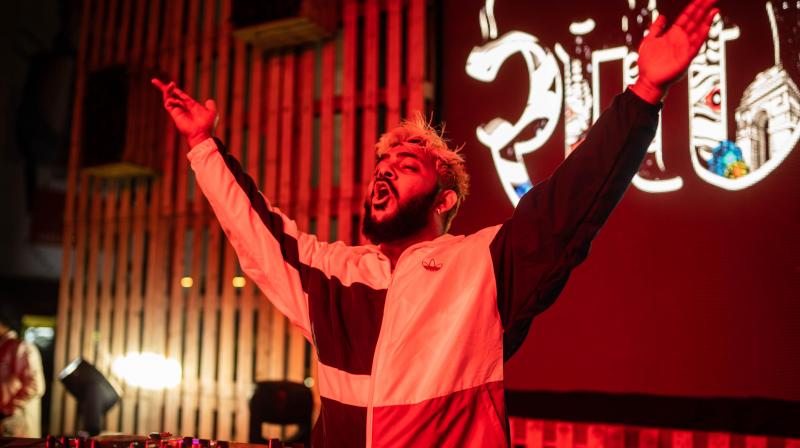 Riding high is Pune-based music producer, composer, songwriter, singer, and rapper Ritviz. With a career spanning over eight years, he gained instant recognition and fame. And now that his music is a hit, he has shared the stage with singers Katy Perry and Dua Lip and now he is all set to release his debut album Dev. In a chat with Ritviz, we find out more.

Ritviz has now become a household name in the music industry but ask him about the story behind his name and he replied, “First of all, it’s actually not spelled the way it is right now. Originally, it was Ritvij but my dad thought it would be cool to replace J with Z.” Though his calling for music came pretty young, he didn’t realise it until much later. “Music was part of my everyday life. I was writing and making music. So when I hit my teens, I pretty much knew that this is something I wanted to pursue full-time,” he says talking about how competitive it has become in the electronica space of the music producers. He shares, “Be it any genre there is always someone doing something better. But, if you’re work is unique, something out of the genre box, then you don’t have to worry!”

Many musicians these days try and address social issues through the music they produce and Ritviz is no less.  “If you look at all of my visuals, I think we always try and pick a social message and try to see if my music makes sense to society and how I’m driving it. So absolutely yeah, that’s always our goal,” he says.

Ritviz is in the process of releasing his album Dev. With one song Liggi already released, Ritviz plans to release two more music videos across February and March and the full album will come out post that. Talking about the most striking part of Dev, he says, “This year is all about collaborations. I think that will take center stage this year.” Ending the conversation with some advice for aspiring artistes, “Spend as much time as you can trying to find your sound and honestly just spend time with yourself because that’s all you require. The idea is to follow a quest that makes sense to you and you only, rather than doing things that a hundred people are following,” he concludes.