Devidayal paints a picture of the life of Ustad Vilayat Khan

Namita Devidayal’s second book, this time on Ustad Vilayat Khan has been eagerly awaited by the world of music. 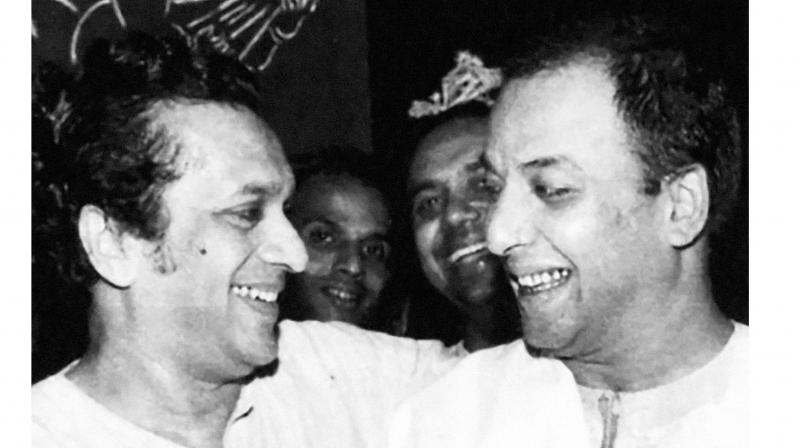 Namita Devidayal’s second book, this time on Ustad Vilayat Khan has been eagerly awaited by the world of music. Ustad Vilayat Khan was an iconic trendsetting sitarist who died in 2004; his legacy in the world of music for all times, at least in the foreseeable future, is undoubted. This book is not written in strict chronology; in Namita’s own words “it would be a mistake to regard this strictly as a biography, because I am not a historian but a lover of music and a storyteller.” Written by someone who clearly adored his music, but did not know the man, the book makes no attempt to whitewash the Ustad — his multilayered personality is presented, warts included.

What makes the book a special read even for one unacquainted with Ustad Vilayat Khan or his music is the detailed picture Namita paints of the life of a musician, his struggle for survival in an independent India shorn of patronage of the arts from the 1940s onwards. It is a book hard to put down after one starts reading, despite its somewhat rambling changes of topic, and somewhat overlong narrative. The lengthy background information, putting a context to the story, including on why Kolkata was the preserve of instrumentalists while the Maharashtra region was reserved for vocalists, the origins of Ravi Shankar’s fame, music in Mumbai’s film world and much else add rather than detract from the main story of Vilayat Khan’s music. 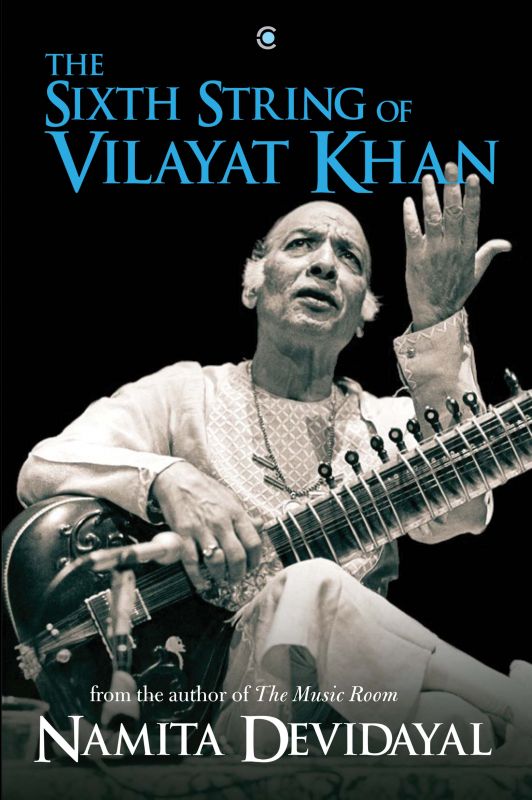 The book starts poetically with an imaginary scene of a young six year old Vilayat Khan sitting behind his father during a concert, and dozing off, periodically, remembering just the colour yellow when he woke, and his father lovingly telling him, “arre Vilayat miyan, that was the colour of Basant of Spring. You saw the Raga”. For Vilayat Khan, notes, colour, emotion were all inextricably interwoven, making him an extraordinarily sensitive musician, with all five senses being highly refined. He used to tell his daughters “your behaviour and dress must always have melody in them.”

The book traces his journey from Kolkata to Delhi, Mumbai, Simla, Dehradoon and finally Princeton, USA. His official date of birth, that he never publicly contradicted was said to be in 1928, making him only 10 when his father died. However he is on record privately saying he was actually born in 1924, making him 14 when his father died and thus not being as much a novice musically, and making his extraordinary achievements as a musician easier to comprehend. The contributions to his music of his mother, (Begum Basheeran ) maternal grandfather, (Ustad Bande Hasan Khan) maternal uncle (Ustad Zinda Hasan “mamu”) and paternal uncle (Ustad Wahid Khan), father’s disciples including D.T. Joshi are all dealt with, including his indirect inspirations. Tracing his legacy, Namita notes “Today, the ones who come closest to playing Vilayat Khan’s music are neither Shujaat nor Hidayat, (his sons) but his nephew Nishat Khan, and some suggest Shahid Parvez …”

The book boldly talks of several controversies connected with the Ustad. It starts with the highly controversial account of the musical encounter between Ustad Vilayat Khan, Pt Ravi Shankar and Ustad Ali Akbar Khan in 1952, at a concert in Delhi during which Vilayat Khan “humiliated him (Ravi Shankar) in public”. Memories of those present at a concert in the 1950s, at the Constitution Club differ from the account in the book; the Raga was Shudh Sarang not Manj Khamaj, Ustad Hafiz Ali Khan did not publicly exclaim “maar dala”, as is quoted but the general impression of the finer instrumentalist being Ustad Vilayat Khan was definite. The book goes on to say the two legendary musicians vowed never to play again in public.

The peeve Ustad Vilayat Khan carried all through his life about Pt Ravi Shankar’s greater fame is a recurrent point in the book, as is the implication that Pt Ravi Shankar’s disciples used to heckle and try to disrupt the Ustad’s mood during his concerts. Indeed, after one such incident in Bombay in the late 1970s, the Ustad is quoted as saying that culture in India was not appreciated, and he was feeling “very very sad”. The decision to settle in the US came slowly; in the late 1980s during an interaction with Ustad Ali Akbar Khan in the US, the latter is quoted as telling him “Vilayat bhai you should think of moving here. The people love our music, and the money is good.”

The friction between Ustad Vilayat Khan and his brother, which lasted till the former’s death is dealt with compassion and a desire not to sensationalise the issue and revive the rancour. The author’s meeting with the late Ustad Imrat Khan at his St Louis home to discuss the issue dissolved when she saw Ustad Imrat Khan’s visible distress at remembering his brother with great overwhelming love. Similiarly Ustad Rais Khan’s lifelong jealousy of his uncle is handled with restraint and facts rather than with assumptions; the stormy relationship Ustad Shujaat Khan had with his father is also written about with an understanding of his viewpoint. Sadly, as the book is written posthumously, Ustad Vilayat Khan’s perspective in all of the above is missing, with the facts being analysed in retrospect.

The book highlights various aspects of Vilayat Khan’s personality — his temper, his capriciousness, narcissism, his charm, great generosity, but above all, the one dominant aspect of his personality was his total and complete abandonment to his music. On fusion in music, he is quoted as saying “when one colour mixes with a second colour, you do get a third colour. But my music has always been about going deeper into what there already is, rather than going laterally into new territory.”

This must have been a very difficult book to write given the enormity of the subject; still, it makes an excellent read. Released in Mumbai on November 28th, the book will be released in Delhi on January 11th.