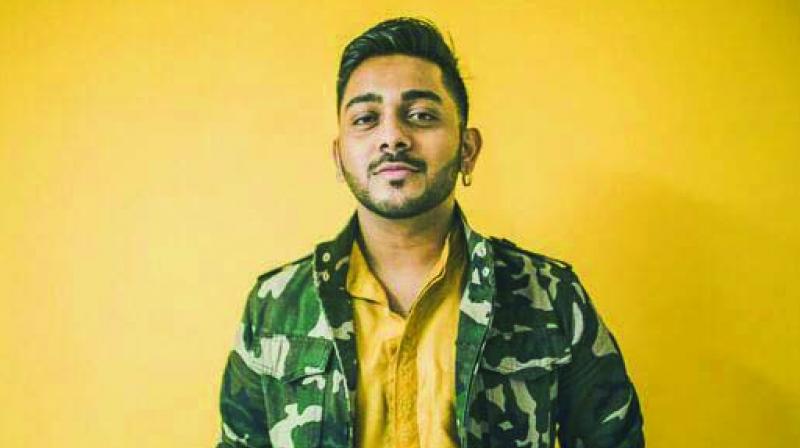 Born to musician parents, Pune-based DJ and producer Ritviz Srivastava started his musical journey at a very young age. While his mother is a classical singer who sang bandish, his father played the tabla.

“I have learned vocals, gayaki, under my mother in Drubad and Khayal singing. So my first introduction to music was as a vocalist,” says Ritviz, who shot to fame with his dreamy composition of Udd Gaye that became the party anthem of Bacardi NH7 Weekender Musical Festival.

The song that he wrote 10 years ago, took him over a year to finish. “I wrote this song for my crush when I was in the fifth grade. I must have recorded the first half of the song 50 times but ended up using the first draft,” shares the musician, who has a four-track EP and a few singles to his credit.

While his initial compositions were all vocals-oriented, it was only in 2013 that he started producing music. “After 10th class, the idea was to build my track from scratch so I would have complete creative control. I started taking tutorials from YouTube for music production. By then, I had fully dived into production and had put out two mini albums called Vizdumb in 2014 and YUV in 2016, both of which are extremely instrumental and not a lot of vocals,” the 22-year-old explains.

But when Udd Gaye topped the charts, Ritviz’ shifted his focus back to vocals. Thus came another hit, Jeet. “I remember writing Jeet in the first two-three weeks after Udd Gaye released. The song is a product of all the energy I was receiving for Udd Gaye. On that high, I ended up writing Jeet. The song is basically me talking about the win,” he smiles.

When asked how he manages to make his music loud but still so soothing, the musician says the entire process is organic for him. “For me, it is very simple. I have emotion and try my best to portray that.

I try to stay true to that emotion and everything else follows. I don’t stick to any formula since using a pattern gets boring. With Udd Gaye, people are putting me in a box,” he explains.

And if he attempts to follow a pattern, he is no longer able to focus on the song. However, choosing between lyrics and composition remains a dilemma. “I would love to say composition is more important, but in the end, it depends on the track. So usually I focus on the composition more, and the lyrics follow,” he shares.

As for his inspiration, the musician still looks up to his mother. “She is always around and her presence is a validation for me. When she nods her head to the song and feels the song, then I know I am doing good,” he smiles.

Up next, the young producer is collaborating with rapper Divine for a song titled Ved, something that he started working on last year. “Ved has a catchy hook and is a wordplay on my name, RitVed. All these years, I have been trying to do a simple funky track capturing everything. The vocals are by Divine,” he concludes.