While his guitar gently weeps…

The album, When It’s Time, depicts instances from Warren’s life and how each of them have changed the course of his journey. 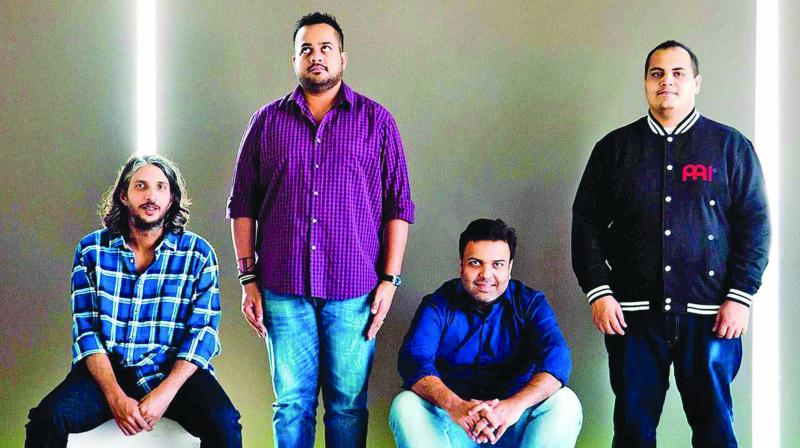 For Warren Mendonsa, music comes from experiences that the musician has been through personally or has watched others go through. His solo project, Blackstratblues, has Jai Row Kavi on the drums, Adi Mistry as bassist, Beven Fonseca on keyboards and Warren himself on the guitar. Known for their unique genre of music, Blackstratblues plays Indie, Rock and Instrumental. The band released their fifth album — When It’s Time — on September 12 and has topped the iTunes Charts to become the only Indian Blues band to top twice. Previously, in 2017, their album ‘The Last Analog Generation’ broke all the records with a long-standing #1 run.

‘When It’s Time’ celebrates Warren’s life. The album, comprising eight songs, depicts instances from his life and how each of them have changed the course of his journey. Talking about how the idea for the album came to him, Warren says, “Generally, music is not conceptualised at the inception phase. What usually happens is that, once the songs are written or somewhat recorded, you start getting an idea of what it could be about. You then start working on the whole album along those lines. For this album, the idea was that I was turning 40 and I wanted my experiences to be the main focus of it.”

Each of the songs has a deeper and more personal meaning attached to it. The first one, Tiny Bit of Sky, is about coming into the world, where one discovers everything new. Warren says that he wanted a kid’s voice in the song and hence got his daughter Niasaying “Hello, Hello” as the song opener. He calls this the lullaby of the band. Happy E Friends is about his life between the ages of five to ten; Too Cool For Sunday School was about his experiences between ten and 15, and so it goes on with each song.

The band is all set to start their album tour on October 6 and their first destination is Bengaluru. Jai Row Kavi, drummer of the band says, “Bengaluru has always been the best music destination for Rock and Indie bands. The crowd is more open to listening to different genres of music and they are very welcoming. They make an effort to come and hear us live and cheer us on. We have played in all parts of Bengaluru, and every gig has been fun.”

Talking about what’s next for Blackstratblues, Warren says, “Right now,

I am extremely happy about the response we are getting for the album. We don’t work in a corporate so there are no deadlines for the next project. Inspiration can come whenever and wherever, so I’m not sure yet but it’s definitely going to be something different.”