Rahul Prajapati is a multi-talented musician who is on the verge of becoming the next big thing in Hindi music. 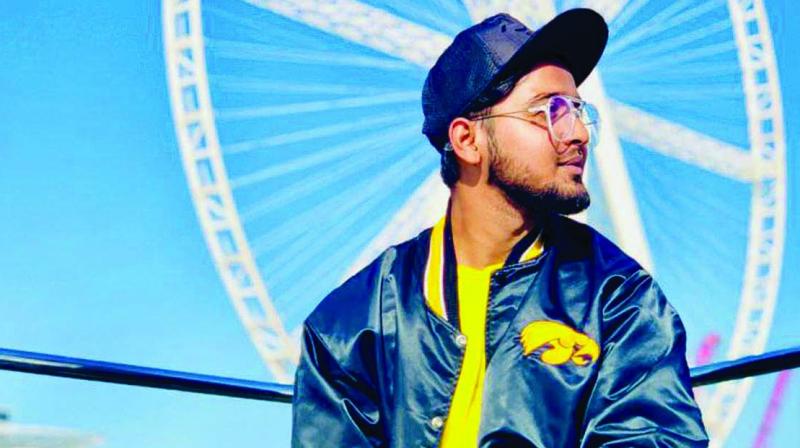 Poetry and music have been intertwined since the beginning of time. So when a young boy from Lucknow discovered his talent for poetry, it was only a matter of time before his love for words would get translated into musical talent. Rahul Prajapati is a fresh face in the Indian music industry who sings, composes and writes his own lyrics.

With an affinity with music that began very early in his life, Rahul has been on an incredible journey even since. “I realised that I wanted to be a musician when I started writing poetry. That’s when I knew I am good at playing with words. After that, I started learning to play the guitar and started playing lines from my poetry to my own music on the instrument. That is how I decided that I want to be a musician,” says Rahul on the roots of his musical journey.

Hailing from the city of Nawabs, Rahul believes that his city has a lot of influence on his music. “Lucknow is famous for being the city of Nawabs and, hence, its tehzeeb. People usually compliment me that there is a certain clarity, stability and soulfulness in my singing and I personally believe this is all because of my city Lucknow,” feels Prajapati. He credits various elements in his music, like the delicate style to his life and childhood in the city.

Rahul’s covers of Hindi film songs have garnered millions of hits on Youtube. Speaking about his music and the response it has received so far, Rahul says, “My fans always accolade me for having a soulful and melodious voice. So, I guess this is the most unique thing about my music and it is a blessing that I get to share with everyone.”  As far as inspirations go, Rahul believes that musicians like Mithoon, Arijit Singh and Himesh Reshammiya have influenced his tunes the most.

Having recently released his original song Tu Mera Kyun Nahi, Rahul feels he has come a long way. “My musical journey has been filled with lot of struggle and hardship as I have no godfather in this industry but I have made some great friends here now. But the one thing that I have learned is to believe in yourself and your hard work. There is no shortcut to being a singer, so never lose patience,” says Prajapati. Previously, Rahul reached the million views mark with his song Main Tanha Akela under the banner of T-series.

Other than his singing capabilities, Rahul is also making ripples with his music composition talents. Rahul had composed a song, Kaatil, which was sung by Vaibhav Kundra.  He believes that his passion for music coupled with his patience helped him achieve this feat. He plans on releasing more original music next month under a popular music label. “Many big projects are in pipeline but as of now, I can’t disclose them yet. I’ve got a lot of projects for various labels that I’m working on. All I can say is it will be a musical treat for all music lovers,” teases Prajapati. He believes that he has just started and the road ahead is only going to get better.