As Ustad Rashid Khan explained, one has to work very hard to achieve one’s own musical identity. 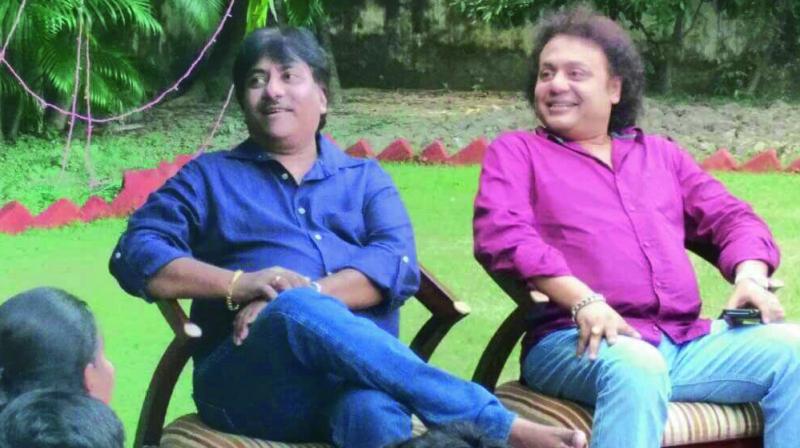 Indian classical music is said to have origins in the Vedic times, more than 5000 years ago. However, in North India, it takes concrete shape and has more written references after the age of Tansen in Mughal Emperor Akbar’s court in the 16th century. After Tansen, (called Mian ji respectfully), around 250 years ago, different schools of music (called gharana ) sprung up, usually named after the area the founding musical maestro resided in. All the gharanas trace their origins to Mianji.

The vocalist gharanas originate from the Gwalior gharana, again whose founders are linked with Shah Sadarang of the Senia tradition from Mianji’s daughter’s line. Various offshoots include the Agra, Jaipur/Attrauli, Kirana and Rampur Sahaswan gharana.

The Rampur Sahaswan gharana is so named after Rampur, the city of the Nawabs, and the village of Sahaswan which is close by. The gharana has had a galaxy of luminaries, but the current star is the young handsome Ustad Rashid Khan, adored by millions all over the world. Despite claiming to be being a 10th generation singer in a line of musicians, the maestro is simple unassuming and humble. The unique ambience he creates on stage, with both harmonium and sarangi accompaniment, and the very best tabla players, and his own absolutely unmatched voice, like a lion’s roar, has to be experienced.

Today a resident of Kolkata, a city he has lived in since 1978, and married to an Assamese, the Ustad verbalized his expectations from his young son Armaan, who he hoped would be able to carry on the vocal tradition, as he not only had the requisite gene pool, but also the temperament and voice to sing. But as he rued, in the age of internet and excessive burdens from school, there was less time to practice music. School timings are so prolonged, then there are tuitions, where is the time for “riyaaz”, he said.

The life a classical vocal musician is a hard and unforgiving one. One trains a minimum of fifteen years before being able to perform on stage; this journey too is achieved by hours of daily practice in vocal techniques, and learning the grammar of several “Ragas”. This is accompanied by learning how to improvise vocally within rhythm boundaries, or “taal”. After this, it’s not a given that one will achieve commercial success!

As he explained, one has to work very hard to achieve one’s own musical identity. “Gayeki banana aasan nahi hai, woh banaayi jaati hai.” (it’s not easy to create your own style of singing, one has to work on it) After all, when one’s learning one hears other great vocalists and it’s very easy to emulate their way of singing. But that’s not real music.

The “tehzeeb” (culture) of generations is visible – he spoke of how one maintained the boundaries set by age and seniority in interaction with musical seniors, whether in social intercourse or musical interactions. During his famous and very popular jugalbandis with the legendary Pt Bhimsen Joshi when he was just in his thirties, his restraint while singing, the deference he shows to the senior is touching. He also felt the younger generation should learn to revere their elders; not be in a hurry to overtake them musically.

Rashid Khan sahib maintained he was a traditionalist at heart- he respected the wisdom of his elders and did not question overly. For example certain Ragas which were allowed to become extinct, like Raga Deepak, should remain extinct. There must have been a reason why certain Ragas are today not known and performed. (Raga Deepak is said to have been so powerful that it could create immense heat, even fire)

The Ustad also spoke of the need to draw in a wider audience- classical music concerts should not be seen as the preserve of only the elite or the knowledgeable. For this reason, he said he has sung in films too, including “Jab we met”,” Mausam,” “Issaq” amongst others.

Today, his life is a crazy circuit of airports, hotels and concert venues. A huge commercial success, Rashid Khan loves travelling all over the world; the US and Canada are nowadays off his travel itinerary as “it’s too far”. He spoke of how in winter when the concert season is at its peak in India, fog delays flights inordinately and is not only tiring but effects concerts schedules as well. Two years ago, he had to wait over 6 hours at Delhi’s airport, as the airlines were unable to either take off or cancel the flight! He said he avoids concerts in Delhi in December January for this reason, as in the winter season, he has up to 22 concerts a month!

What keeps him rooted is his family, and his beautiful secluded home away from the hustle of the city, surrounded with a mass of greenery.