An official Cultural Ambassador for Mexico, Magos Herrera has an over 20 year career in music. 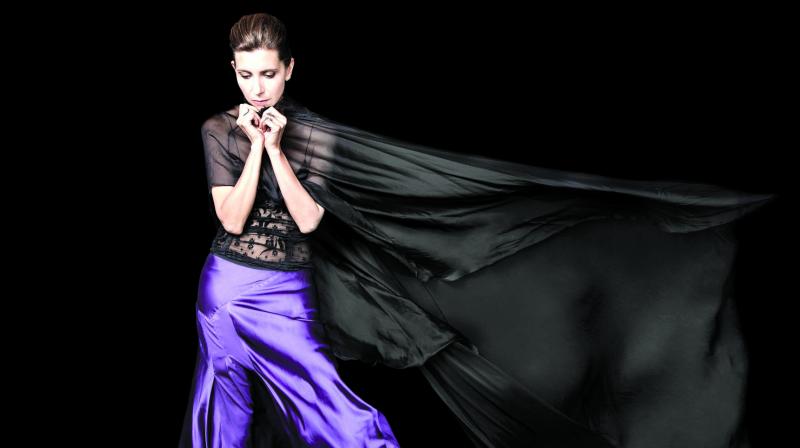 Magos Herrera, Mexico’s only internationally acclaimed Jazz vocalist (her 2009 album “Distancia” was nominated for the Grammy in the Best Jazz vocal category) will be performing at Delhi’s Kamani Auditorium, in conjunction with a Brazilian Jazz band, Trio Afora. An official Cultural Ambassador for Mexico, Magos Herrera has an over 20 year career in music. She sings in English Spanish and Portuguese.

Hosted by ICCR in conjunction with the Embassies of Brazil and Mexico, and supported by the Global Music Institute, Greater Noida, this collaboration is not a first; the musicians have played together several times before; infact Magos has already recorded a track on Trio Afora’s album.

Trio Afora comprises three talented instrumentalists from Brazil – Fabio Gouvea, guitarist who is also part of a Grammy nominated jazz group Trio Curupira; Felipe Brisola on bass guitar and Alex Kautz on drums, who incidentally is also Magos’s husband, they shared how they had met “years and years ago” at music school in Los Angeles. Amazingly, these talented musicians came together as a band in India, around 4 years ago, where each was part of a summer teaching faculty, at an institute near Chennai. Trio Afora means “the trio from outside”, as Alex, though Brazilian, is now “outside” as he lives in New York. Fabio and Felipe live in Brazil.

Magos is today based in New York; she moved to NY about 10 years ago and she explained how while half her career was earlier in Mexico, she now recorded in NY. When I asked how this concert came about, Magos explained how the initiative came about through the Mexican Ambassador in India, Madame Melba Pria, who involved the Brazilian Ambassador and ICCR.

The group has performed in Bangalore Delhi and Goa, and Magos confessed “I would love to perform in Mumbai, as I love Bombay. My connection with India is very deep; I have visited India more than 10 times, as something draws me back each time for more. I have huge respect for the Indian music tradition, both North and South, though its respect from a distance as I haven’t studied the genre. I know it is a very deep tradition, very wide, and the factor of improvisation is common in both jazz and the Indian tradition. I feel there is really a lot of scope to collaborate; I would love to collaborate with either North or South Indian musicians. While in Chennai, we informally interacted with a “ghatam” master, Kartik. I would love to hear some Live Indian classical music; we heard music at the Nizamuddin dargah last Thursday and it was amazing.”  Alex confirmed that “not just melody, even in the area of percussion, Indian percussion is exciting. Obviously the beats are the same, but the language of music is completely different in both systems.”

The musicians are in India as summer faculty at the Global Music Institute where they are teaching music arrangement, harmony, vocal and instrumental techniques till the end of July.

Alex also shared that performing with Magos was exciting; she brought a new dimension to the concert. Fabio elaborated “not every singer allows that much space on stage; Magos treats her voice just as another instrument. Her focus is on the music, the totality of the music presented. For our concert, with her repertoire, I chosen to play the acoustic guitar with nylon strings as that will suit her pitch best.” (Fabio also plays the electric guitar). Magos said jazz involves every musician equally; it’s not that as a vocalist she got more space on the concert platform.

The concert will be about 90 minutes. The format will be, initially Trio Afora will perform tracks from their album; then they will invite Magos to join them on stage, and she will present several songs. Magos shared that she would sing Brazilian classics, to honour the collaboration, some songs in honour of Mexico, and also some new tracks that are yet to be released.  Recorded with a string quartet, the album is to be released maybe in September.