Fresh after the success of a reality show win; su real is prepping for an all-India tour. 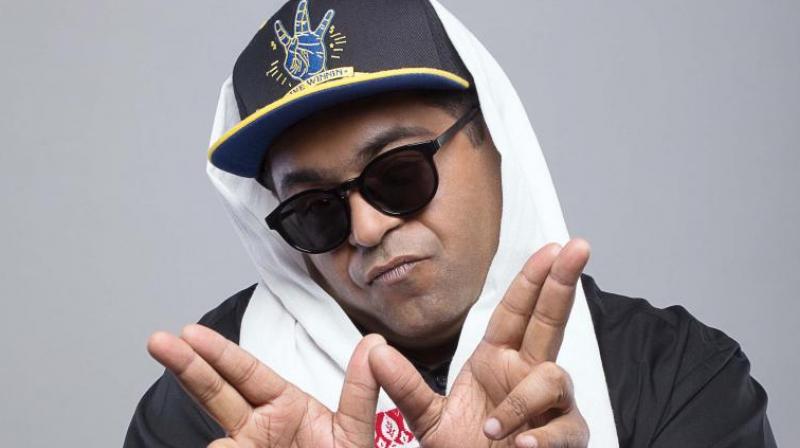 Su real aka Suhrid Manchanda needs no introduction. The Indian musician producer-cum-DJ likes going against the grain and it is reflective in the vibe of his music — best described as explosive, sweaty, sexy, diasporic and inclusive. The Delhi-based bass music producer was recently adjudged the winner of the reality music show, The Remix. As a seasoned artiste at the decks; Su Real has found a place among Indian producers with a plan –  which he proved by mixing and creating 16 remixes that varied from dancehall, Latin, house, hip-hop, bass, EDM, mooombahton, folk pop, baile funk and retro over the course of 10 episodes. In a candid chat, he shares the inside track with us ahead of his winning tour spread across 12 Indian cities.

“Well, this tour is different because we have something concrete to celebrate! I’m looking forward to linking with fans and supporters who have been cheering Rashmeet and me on during The Remix. In Delhi and Mumbai, the shows will be extra special because I’ll be sharing the stage with some of my friends from the show – for example, Rashmeet will join me in Mumbai and DJ Skip will join in Delhi. Also, I have a lot of my own new music almost ready, and I love to be able to test them out on the dance-floor before officially releasing them,” shares Su Real, about his forthcoming tour. He will be performing in Bengaluru on June 23. Suhrid’s 12 city tour comes from the fact that he is in absolute awe of the young Indian audiences and their discerning sense of music. “Young Indian audiences have allowed me to have a career.  They are hungry for the latest trends from the West but they love to cling on to those desi melodies and motifs they grew up with. That pretty much sums up my sound. Every city in India is different and has its own tastes, so I can never play the exact same set in each city. Also, each city has its crowd of “in” kids, a small batch of super trendy kids. As long as they turn up, I have my cheerleaders, and the night is lit for sure.”

As much as he’s driven by individualistic creations, being clued in on trends is what keeps him inspired. “I mostly try to stay on top of trends. That’s what the job demands I’m afraid. These days I’m mostly inspired by Diplo and Skrillex as they are the dons of taking underground music to the mainstream masses. I’m also constantly inspired by Nucleya’s dedication, hard-work and never-ending march towards a peak only he sees. Whenever I get a chance, I do like to try to bring in some of my old-school influences, and traditional or folk sounds from around the world.”

Quashing rumours around the futility of reality shows, Su Real adds, “Despite being such a huge country, we have remarkably few opportunities for young musicians, singers, creative talent to express themselves, develop their craft and perhaps fine-tune it into a career. Here’s when reality shows help you get that reach. To showcase more of the cutting edge of India creativity – not just in the music but also the dance choreography, visuals, and so on.”

Speaking about what’s next, he concludes, “Unfortunately for everyone, I can be a bit slow and cumbersome when finalising my releases. I like to get them “just right”. It’s a miracle I was able to finish pieces of music at the rate that I did on The Remix. Anyway, yes lots of collaborations and guests. I’d love to work with various colleagues from The Remix - Rashmeet, DJ Skip, NSG, Manasi Scott, YashNarvekar, amongst others.”