Guthrie has consistently touted to be one of the most technically sound guitarists around. 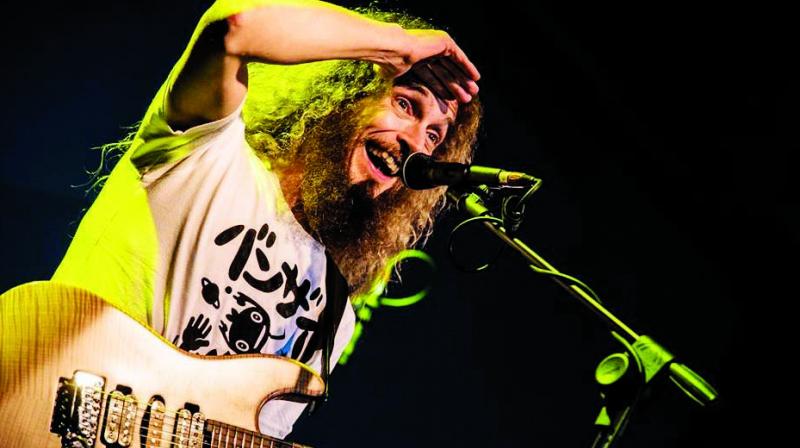 Guthrie Govan is all set to take on India yet again, and he couldn’t be more excited. After all, this happens to be his second trip to the country in two years, and this time around, he even has a musical clinic lined up for Mumbai. Having collaborated with the likes of The Aristocrats, Periphery, Ayreon and even Steven Wilson, and Hans Zimmer, Guthrie has consistently touted to be one of the most technically sound guitarists around, by his peers. In a chat, the musician talks about teaching music, planning a new album, Indian music, and plans for his tour. Edited excerpts:

It’s said that you picked up the guitar at the young age of three. What got you started?
I grew up in a household where both my parents were constantly listening to music, and there was an acoustic guitar lying around in the living room. Fortunately, my dad knew a few chord shapes, which he shared with me (laughs).

Despite your busy schedule, what makes you go back and conduct clinics and workshops?
I suppose these fall half way between teaching a private student and a full-on gig. I’m an entirely self-taught player, so much of the clinic content is about the experience of teaching yourself, rather than showing them a list of ‘prescribed’ licks and exercises. I like the idea of sharing my perspective with guitar students, many of whom have learned the instrument in a different — and I guess, a more disciplined — way.

You have had a long list of collaborations — from Periphery to Ayreon. How do you blend your versatility into your sounds?
I don’t consciously think about blending versatility into anything, honestly. I just ask myself what I would personally like to hear a guitar doing in any given musical context, and I try to play that.

Hand. Cannot. Erase and The Raven That Refused to Sing, albums you played with Steven Wilson on received rave responses. How was it working with Steven? Are there any plans of you collaborating again?
Working with Steven was cool. He has a very clear idea of what he wants his music to sound like, and I think we communicate pretty well. As for collaborating again, I have no idea. You would really have to ask Steven; nobody really knows what exactly he’s thinking at the moment!

What is your take on Indian music? Do you have any favourites among the local bands?
Mostly I listen to Carnatic music, from the guitar perspective. I’m a huge fan of Prasanna and Debashish Bhattacharya, but I’m not as aware of Indian rock bands. Perhaps, this could be my homework on the current tour!