Touted as a child prodigy for her bass guitar playing skills, she started playing gigs from the age of nine. 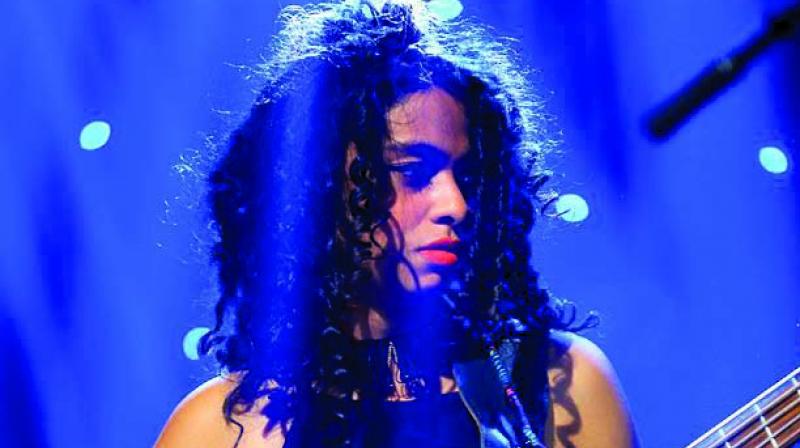 Even before her tiny fingers could properly shape a guitar’s chords, Mohini Dey had started playing the instrument, which would eventually become her passion and livelihood. Touted as a child prodigy for her bass guitar playing skills, she started playing gigs from the age of nine, and has since, worked with the likes of AR Rahman, Hariharan and Zakir Hussain, among maestros in their fields. Now, she is collaborating with Guthrie Govan and drummer Gino Banks for a tri-city tour and is all set to set the house on fire with her performance at Hard Rock Cafe tonight.

“Guthrie’s music tends towards metal and this is the first time that I’ve been a part of a band like this. Since it’s just a trio, I will be in the spotlight more than I am used to. And the music is so loud,” she laughs. Since the powerhouse bassist loves to experiment with genres, though, this comes as a welcome change. “I like to keep exploring new horizons when it comes to music. For instance, now, if I want, I can mix a bit of Carnatic music into jazz,” explains the versatile musician. 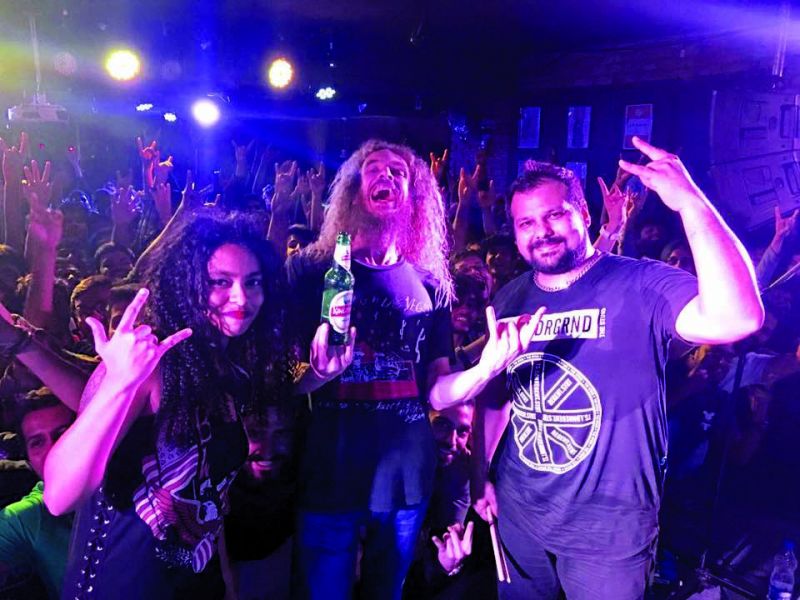 Despite the fact that she is at the pinnacle of her career at the young age of 21, Mohini has not forgotten her roots. “We used to have a tiny video camera at home and my dad would ask me to play and he would record it. I look at those videos of us and my sister playing every time I go home. I always end up crying. It’s both emotional and inspiring for me,” says Mohini, whose father made her a tiny wooden bass guitar because her fingers couldn’t reach the frets on a grown-up guitar at the age of three.

Another influence in the young bassist’s life has been composer AR Rahman, with whom she has been collaborating for five years now. “When I first went to audition for Coke Studio, I didn’t know what a huge deal he was. It was only later when I Googled him and realised that he’s the biggest composer in Asia,” Mohini laughs. After five years of collaboration, the composer has become like family to the bassist, who often goes over to collaborate on many of his pieces. “The first time that I worked with him, he was so humble and nice. When he saw me, he smiled at me and said that he’d had Tal Wilkenfeld in mind for the Coke Studio collaboration, but had taken me instead. Given how huge Tal is, it was a really amazing compliment for me. I think, that episode is what suddenly shot me to fame,” she recalls.

Despite mentors and talent though, what it really comes down to is hard work. “People may think of me as a prodigy, and that’s fine. But I suppose, only I know the amount of work that needs to go into playing well — the hours of practice, the sleepless nights. But you’ve got to do what you’ve got to do, and this is the life I chose,” she shrugs.