The Ocean is a German band that has been around for over 19 years. 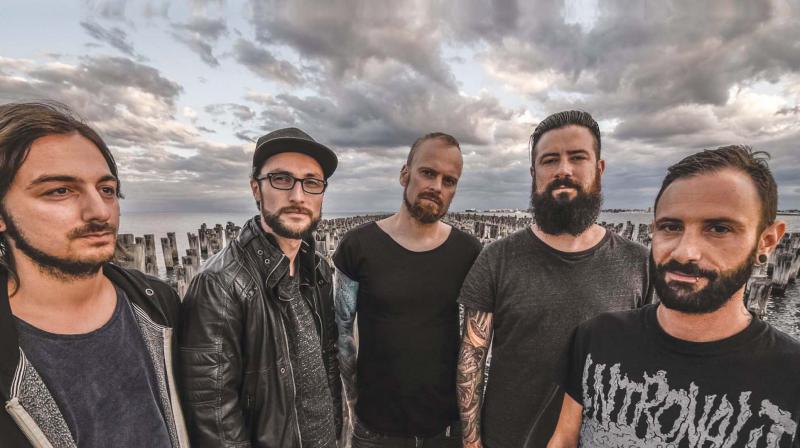 Currently on their five-city tour, The Ocean in a candid chat talks about their new album, music festivals they are playing at and much more...

The Ocean is a German band that has been around for over 19 years. Started by guitarist and song writer Robin Staps in 2000, the line-up for this group has changed many times over the years. The band is currently on a five-city India tour. They performed in Bengaluru along with bands like Orchid, Flaw & Order and Pandora’s Box.

The current lineup is in it for the long haul says founder Robin Staps. He adds, “In the early days, the band had been organised loosely like a collective rather than band with a fixed line-up. It is only in the recent years that the line-up has been consolidated to what it is now.  This line-up is solid and we are all in it for the right reasons, we all want to do and achieve the same things.” The band includes Robin Staps (guitars), Loic Rossetti (lead vocals), Paul Seidel (drums) and Mattias Hägerstrand (Bass). On their type of music, Robin adds, “There is a lot of different influences in it. There is obviously a lot of metal noise and hardcore. I grew up listening to bands like Unbroken, Groundwork and Hydra Head stuff who were a huge influence for me” Robin also listened to a lot of soundtrack music, dark jazz and things that are not typical metal stuff. So its a very eclectic mix of influences that has had a impact on this band. On the five city tour in India, Robin adds, “We will be playing in Delhi, Mumbai, Bengaluru. Guhwati and then in Hyderabad.” Their new album Phanerozoic I: Palaeozoic has songs that have been written over the years. “Since we were on tour so much, we didn’t get to finish until now. It connects from  where our  album Precambrian (2007) left off both musically and conceptually. This album is an eon in Earth’s history and the one we live in and carries on in the present tense,” he adds. Robin goes on to add that since the lyrics are from a time when humans did not exist, it did not make sense. Therefore the lyrics takes a meta-approach.

On how the album was received by fans, Robin adds, “The reactions to the album, since its our first record in five years with the last being released in 2013, has been great. It seemed like people were starving to hear more of Ocean’s new materials. I think for us as artists, its very important to play new things as we did over 300 shows in our previous tour and after a point it became boring.” The album Robin says has been received well by both their older fans who are into heavy abrasive stuff and also the younger fans who are into more progressive stuff. “While we are excited to play in all of the cities, we are stoked to play in Mumbai and Bengaluru because they are cities with the biggest scene. But I am also excited to see how the people in Guhwati are like and how the metal scene is like, ‘ he pitches in. After finishing up in Hyderabad, the band will be heading to Australia to play at the Prockfest. Robin adds, “We will be playing in Sydney, Melbourne and Brisbane and then to New Zealand.  We have yet to record the vocals for the Phanerozoic 2 which will released sometime in 2020.”

Apart from playing in the band, Paul (Seidel) and I manage a record label that released 130 albums so far by bands like Mono, Cult of Luna, Tiny Fingers and many others,” he concludes.