Internationally too, with the likes of Eminem, Jay-Z or Drake, to name a few, hip-hop still remains ‘Top 40’ content. 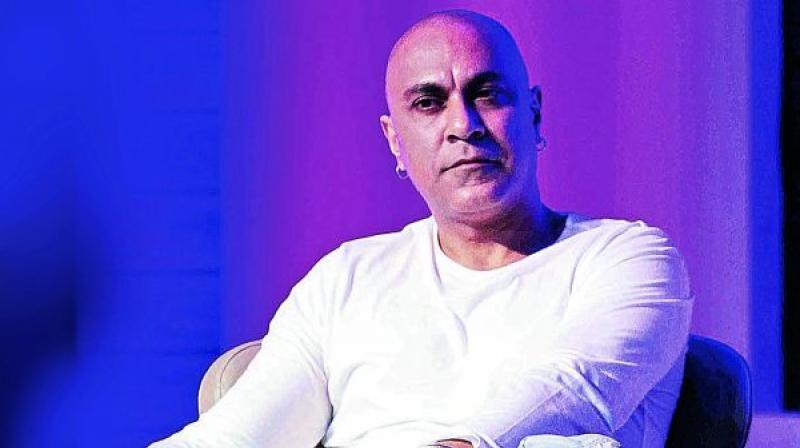 Although mainstream music in India is correlated with film music — mainly Bollywood — fortunately there remain several entities that continue to believe that the monopoly can be broken and are placing monies where their music is.

Consider Saavn — one of India’s leading digital music streaming services — which was floated in 2007. Through its global network and a library of over 30 million tracks in 13 languages, it appears as a right forum to take the lead in this initiative by focusing on a genre that is aimed at, and appeals to, a younger audience: rap or hip-hop [both these genres are being treated synonymously for the purposes of this article]. In support, Saavn has launched an audio show named Hip Hop Highway, in late February, which will eventually pan 12 episodes, one every Wednesday, of upto 30 minutes each.

Essentially, it provides an “everything that you ever wanted to know…” about the genre, mixing in-studio and on-site interviews with all those who make up the musical supply chain of content from creation to consumption backed, of course, by music that ranges from unreleased tracks to live performances.

In case you missed out on the first episode, it featured Indian rapper Raftaar and the force of British-Indian DJ-cum-RJ Bobby Friction. Future artistes being featured include Badshah, Divine, and underground hip-hopper Naezy, who recently saw his latest effort, Azaad Hu Mai, receiving a global release through Saavn.

While rap has always been treated, often unfairly, with trepidation by an older audience, due to its theme[s] or offensive lyrics, it has not always been that way during its genesis in the U.S. in the early ’70s. My first introduction to the sounds of rap occurred during my college days with Sugarhill Gang’s Rapper’s Delight in 1979, which sounded remarkably like Chic’s Good Times, released earlier that same year. Nevertheless, it still took a little over a decade thereafter for the sounds of rap to make into India, thanks to Harjeet Singh, better known as Baba Sehgal, with his Hindi rendition of Vanilla Ice’s Ice Ice Baby titled Thanda Thanda Pani, released in the early ’90s.

My first exposure to a live rap performance occurred when the Singapore Tourism Board invited me to view MC Hammer perform in their country in 1992, an artiste who had released another platinum selling album, Too Legit To Quit, the previous year. The other “exposure” to the sounds of rap occurred with the arrival of U.K.-based Apache Indian — who I interviewed for Doordarshan during his first Mumbai, in 1993 if I remember correctly – an artiste of Indian origin who made an impact on the U.K. chart with a series of hits during the ’90s, such as the one-time MTV staple, Arranged Marriage.

But the single individual being credited for coining the phrase ‘Desi hip hop’ is musician Roger David, a Pakistani-American rapper more popularly known as Bohemia, who introduced his brand of rap in 2002 with Vich Pardesan De. The term is an obvious description for music and culture which combines the influences of hip hop within the Indian subcontinent and, in conjunction with the burgeoning TV channels supporting music targeted to the youth during the turn of the centur.

Female rapper Hard Kaur, born in Meerut as Taran Kaur Dhillon, but returning from Birmingham to India as Hard Kaur, eventually created several popular tracks for Bollywood, including Move Your Body (2007) and Talli (2008), which incorporated rap music in Bollywood. But the single artiste to take the rap/hip-hop phenomena to another level was Punjab-born Hirdesh Singh, more popularly known as (Yo Yo) Honey Singh. It followed the success of his album, International Villager, featuring the song Angreji Beat that was featured in the Saif Ali Khan-starrer, Cocktail. Due to the exposure that the genre received through Bollywood, rap became a household word, moving the genre out of merely being a sub-culture to being commercial.

Internationally too, with the likes of Eminem, Jay-Z or Drake, to name a few, hip-hop still remains ‘Top 40’ content. Though more venues in India are now available for live performances, albeit in pubs/clubs, larger festivals like the annual NH7 Weekender continue to lend support to this genre and, with further support from the likes of streaming service Saavn, it appears only a matter of time before desi hip-hop conquers the world!